Do you think you know the facts about HIV (human immunodeficiency virus) and AIDS (acquired immunodeficiency syndrome)? Test your knowledge. The two, HIV and AIDS, are often misunderstood. In fact, since AIDS was first described in 1981, a number of rumors, misconceptions and dangerous lies have been told about them.
Although HIV / AIDS education is on the rise, and mortality and stigma are declining, when it comes down to it, it is still important to distinguish truth from myth. What do you know about these common rumors about HIV?

1- Rumor: People living with HIV have been tested for HIV.

Some people claim to experiment HIV It can transmit the virus to you. But as long as a clinic does not reuse a needle that was previously used in an HIV-infected person (a very unfortunate scenario that has never been reported) for another person, there is no way to get it. HIV Not present in this experiment.

Rumor: You can get AIDS from the toilet seat.

The HIV virus cannot be transmitted through casual contact, from a toilet seat, a doorknob, a fork or a toilet. The only known methods of HIV transmission include unprotected sex, drug syringes, exposure of the blood or body fluids of an infected person, from mother to child. pregnancy period It is through blood transfusions that blood is taken from a person living with HIV. (Transmission of the virus through blood transfusions or blood products occurred in the 1980s, before testing HIV It is performed for all blood donors, but it is unlikely to happen in a modern medical center.

There are drugs to suppress the HIV virus in infected people and reduce their viral load. Such treatments can be long-term or even prevent the growth of AIDS for years or even a lifetime. However, researchers still have a cure for HIV They have not been found to completely remove the virus from the body of an infected person.

Rumor: If you test positive for HIV, you will definitely die of AIDS.

In the early years, the diagnosis HIV It often meant that an infected person became infected with AIDS and died of complications a few years later; But this is no longer true. Medications, along with lifestyle changes and complementary therapies that support the body’s ability to keep the virus under control, can keep an HIV-infected person from developing AIDS or its associated fatal complications for years or even years. Hold all life.

Rumor: If both you and your partner have HIV, you can have unprotected sex.

If you and your spouse are both testing for the virus HIV Being positive does not mean that you can ignore the diagnosis and live together just like before the diagnosis. To minimize your chances of contracting AIDS, you should both work closely with a professional medical center to control the disease. You should also take any precautions to prevent others from being exposed to the virus HIV Do it.

This includes not having Sex Unprotected or not sharing needles with anyone, precautions to prevent others from being exposed to your own body fluids (such as when you are bleeding) and follow other advice from your HIV care team is.

No one with HIV can ignore their diagnosis because of themselves or others who may be exposed to the virus.

6. Rumor: You can not transmit HIV through oral sex.

One of the rumors that most experts HIV They hear that HIV cannot be spread through oral sex. It is not true. If a person who has oral sex, if they have a cut or sore in their mouth and are exposed to fluids contaminated with HIV, they can become infected with the virus, just as they can through sex. Infected unprotected through the vagina or anus. Use dental braces or condom During oral sex, it greatly reduces this risk. 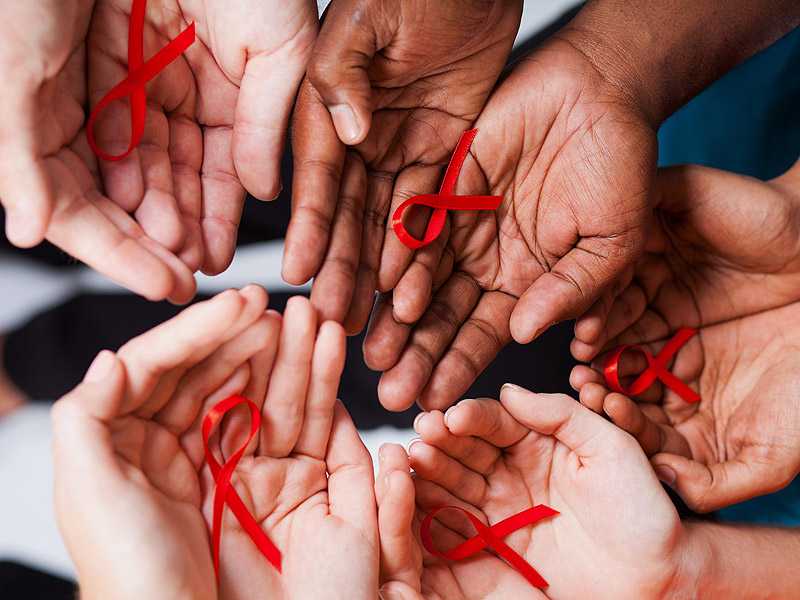 While mosquitoes can spread a number of diseases such as West Nile virus or malaria, known cases of virus transmission HIV There are no mosquito bites. If mosquitoes can transmit the HIV virus, there will be more cases among young children, adolescents and other people at high risk of contracting HIV.

People living with HIV do not necessarily “feel” sick; They may have the HIV virus for a long time before any signs or symptoms appear. the experiment HIV The only way to determine if a person has the HIV virus is to find out.

9. Rumor: HIV and AIDS may not be caused by the same virus.

Some claim that HIV And AIDS is not caused by a similar virus. It is not true. If left untreated, the HIV virus is more likely to develop into immunodeficiency syndrome (AIDS), which is essentially the breakdown of the immune system. However, with HIV treatment, most people living with the virus are able to prevent the progression or delay of AIDS.

10 – Rumor: If you are taking medicine to treat HIV, you can not transmit the virus.

Even if a person with HIV has unprotected sex, shared an injection syringe, or exposed other people to blood and other body fluids, he or she can still infect others.

Are you familiar with the symptoms of MS?