Meat is generally regarded by nutritionists as a healthy component of one Regime Balanced food is considered if consumed in a balanced and appropriate circuit, however Vegetarians This is clearly not necessary, and they avoid eating meat for a very long time, but meat is still an excellent source of protein and contains many of the vitamins and minerals that everyone needs.

Meat, on the other hand, is relatively high in fat and cholesterol, which is associated with an increased risk of cardiovascular disease.

Meat is commonly defined as meat, muscle tissue, and animal organs, especially mammals such as cattle, pigs, and lambs. Birds, such as chickens and turkeys, are often classified as meat in general, but sometimes different types of birds, or rather local chickens, are distinguished from animal meat. Fish It has its own category and is not usually referred to as red meat. According to the Harvard School of Public Health, meat should be placed at the top of each food pyramid, indicating that it should be eaten in sufficient quantities. In comparison, poultry and fish usually have a larger share of the food pyramid, reflecting the message of more consumption and health value.

Meat is a good source of Protein Quantitatively (quantitatively) and qualitatively. For example, a typical 3-ounce (about 100 grams) piece of meat contains about 21 grams of protein, which provides about half of the recommended protein nutrition for women each day. Meat is also a complete source of protein because it contains all the essential amino acids that your body cannot make and must be obtained through nutrition. Amino acids are important blocks for most tissues, such as muscle and skin, as well as enzymes. Meat is also a very good source of certain vitamins and minerals, especially most B vitamins, iron, zinc and phosphorus. In addition, the density and calories of meat usually prevent people from starving better than the equivalent amounts of plant foods, and have a better food taste and flavor.

The main disadvantages of eating meat – with the exception of ethical considerations – are related to its fat, cholesterol and sodium content. People need to consume fat regularly Regime They have their food as an energy source and the body makes cell membranes and certain hormones from fat. However, meat has relatively high amounts of saturated fat and cholesterol, which increases the risk of cardiovascular disease such as heart attack and atherosclerosis. Sodium is also a serious concern because too much of it leads to high blood pressure and an increased risk of stroke and heart failure. On average, processed meat contains about 310 mg of sodium per ounce, while raw meat contains about 77 mg of sodium. Young adults should receive less than 2,300 mg of sodium daily, while older adults and people with high blood pressure risk factors should consume less than 1,500 mg of sodium per day. 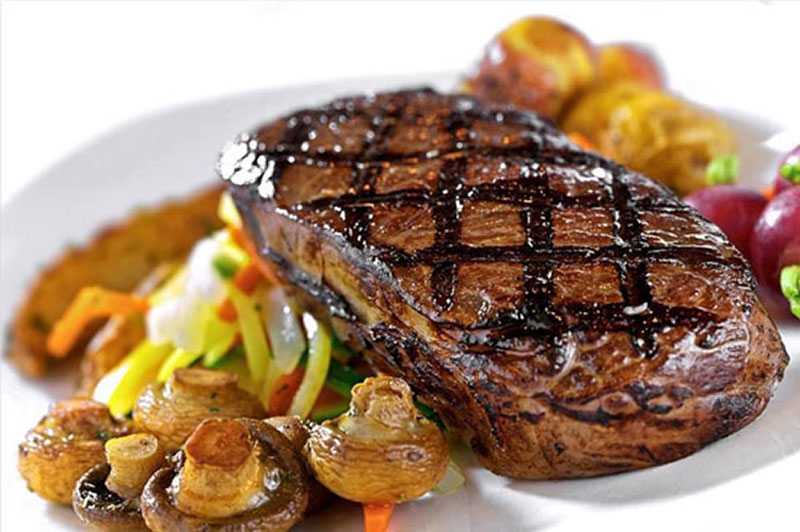 According to research from the Mayo Clinic, eating adequate and balanced amounts of unprocessed red meat such as steak, hamburger or mutton is significantly healthier than consuming similar amounts of processed meat such as bacon, salami or Sausage – especially in terms of risk of heart disease, diabetes and stroke. In addition, choosing lean meats and avoiding spices and other food additives can significantly reduce saturated fat, cholesterol and sodium. Beef lean meat includes neck, straight meat and fillets, while the purest pieces of pork include fillets, jaw meat and offal.

5 Stretches That Will Make You Say Goodbye To Pain