He was a middle-aged person, but something had been a nightmare for him all year. After all these years and seeing his life together in danger of destruction, he decided to ask for help. Gerard’s wife was fed up with his wife’s bad smell and said that this smell is in Gerard’s sweat, urine and even saliva. He likened this smell to the smell of fish. This problem had affected Gerard’s life so much that he rejected even the right job opportunity when he realized that he had to sit in the same room with his colleagues. his job He was constantly using perfume, but it didn’t help, and this issue had lowered Gerard’s self-confidence. When Gerard went to the doctor, he found out that he has a problem called fish smell syndrome, which, ironically, his father and brother also suffer from this problem, but they hide it.

The most obvious symptom of this disease is bad body odor, increased heart rate and high blood pressure. This smell usually increases after eating foods containing choline, nitrogen or sulfur because these foods have a compound that the affected people are unable to break down. In general, the strength of this smell is different and depends on other factors. Factors such as diet, hormonal changes, other smells in the environment and of course people’s sense of smell. Usually, the smell emitted by these people is compared to unpleasant smells such as the smell of cigarettes, garbage, feces and rotten eggs.

What is fish odor syndrome?

There are significant amounts of a substance called trimethylamine-N-oxide in marine fish, which after the death of the fish is converted into trimethylamine by bacteria, which produces the characteristic smell of rotten fish. Trimethylaminuria, or fish odor syndrome, is an inherited metabolic disorder characterized by a very bad body odor that resembles rotten fish. Normally, if this substance is metabolized correctly, the resulting compounds will be odorless, but with the disruption of the FMO3 gene, complete metabolism is not carried out, and the odorous compounds are dispersed from the body. This odor is due to excessive excretion of a protein called trimethylamine in Urine, sweat and breathing occur. As it was said, this syndrome is actually the result of defects in the gene called FMO3, when it is defective, the body cannot metabolize trimethylamine properly.

How is the treatment done?

In fact, there is no specific treatment for this disease and treatment options are limited, however, with proper precautions, people are able to live a healthy life. Treatment is generally based on symptom management. This issue has nothing to do with personal health and fathers who are suffering from this disease cannot give health advice to their children to prevent this syndrome. One of the ways that can help these people to control the smell is to write down the food they consume during the day in a notebook so that they can understand which food increases their body odor. In this way, they can control their diet more easily. Sometimes the patient can take a course of antibiotics in order to reduce the trimethylamine by the intestinal microorganisms. The patient should know that in cases of stress, fever or menstruation, this condition is aggravated. These people should definitely undergo genetic counseling regarding the possibility of passing this disease to their children, and finally psychological counseling is recommended in order to eliminate depression and low self-confidence of these people.

How is the diagnosis made?

Diagnosis is usually made by analyzing a 24-hour urine sample and measuring trimethylamine. Another test that is performed is a genetic test to detect the mutation of the FMO3 gene. Genetic tests can provide definitive evidence of this disease. However, in some cases, it is difficult to diagnose this disease. After diagnosis, people are advised to avoid eating saltwater fish and foods containing high levels of lecithin, carnitine and choline, such as eggs and soybeans.

Shakespeare knew it too

The first definition of fishy smell syndrome dates back to the fifth century AD. In the play “The Tempest” by Shakespeare, “Caliban the slave” who seems to have fishy smell syndrome, wrote: “What do we have here? A man or a fish? Dead or alive? a fish; He smells like fish. A fishy and very old smell, kind of like the newest porjan (a dried oily fish and seasoned salt).” It is not unlikely that Shakespeare also encountered such a person who presented one of the characters in his play with these characteristics. In the 19th century, two cases of this problem were mentioned, but it is not possible to trace and investigate it in detail. Overall, the first clinical report of such a condition dates back to 1970, when a 6-year-old child was under investigation for immunodeficiency, but his mother complained of a fishy body odor.

Mental problems of this disease

Although these people look physically healthy, the result of this unpleasant smell is the occurrence of many psychological problems, some of which are: low self-confidence, loneliness, social isolation, shame and embarrassment, frustration, anxiety and depression. Young people who are involved with this disease are usually rejected at school and cannot make friends, and this affects their personal, educational and professional lives. Sometimes these people even commit suicide because of their body odor.

Everything you need to know about virginity restoration 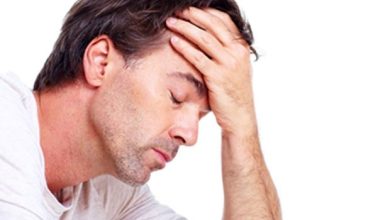 Knowing the types of fasting headaches with traditional medicine