Some news about the ban on the consumption of traditional ice cream was published by Dr. Seyed Mostafa Nechvak, director of the nutrition department of Kermanshah University of Medical Sciences. The nutritionist said that the healthiest type of ice cream is factory-made ice cream, and that people should avoid “traditional” ice cream as much as possible. According to him, the nutritional value of ice cream depends on the milk used in it, which can be a good source of calcium and protein, and healthy ice creams are ice creams made with pasteurized milk. However, traditional ice creams are made with boiled and unpasteurized milk and their consumption is not recommended at all because all the nutrients in milk are lost during boiling. On the other hand, the hygiene of such ice creams is also an important issue that must be considered. With this introduction, in this article, we will review the good and bad types of traditional dairy products.

1. Why are traditional dairy products cheaper?

Perhaps you have been wondering why traditional dairy products are far cheaper than industrial dairy products? Are these products cheaper due to direct delivery to the customer or is it something else? The truth is that in addition to the fact that there is almost no control over the health of traditional dairy products, most traditional dairy stores usually use return valves to produce their products. It is not bad to know that there are laws and standards in the country that do not vote for the elimination of milk problems in terms of health, hygiene and quality in farms, and in many cases, milk contamination can not be detected at all in normal farms. For this reason, milk and dairy factories test samples of their products before buying milk from farms.

If these standard tests show that the milk is not in good health, the factories will not accept the milk and will return it. Now what is the task of these unhealthy or poor quality milks? That is, they go to smaller factories, and if these factories turn them down, they turn to traditional dairy stores that are not in charge of quality control or the veterinarian and food industry specialist stationed there. Because the final products of traditional dairy stores are not usually closely monitored, low-quality and sometimes unhealthy milk is sold at a lower price to prevent milk-destroying losses and, consequently, the final product price of dairy products. Tradition also comes down. As a result, the low price of traditional dairy products can be one of the warnings of their lack of quality and health. In general, traditional dairy products are usually made from 3rd or 4th grade milk or even high acid milk. (To reduce the acidity of these milks, compounds such as baking soda are used, which affect the taste of the final products.)

2. What are the diseases caused by consuming traditional dairy products?

Since bulk milk, which is commonly used in the production of traditional dairy products, is one of the milk with a very high microbial load and relatively low hygienic quality, two groups of health problems may occur to us in the short or long term with the consumption of these products. ; The first group ‌ short-term and periodic problems and diseases such as diarrhea and vomiting, especially in children and the elderly who have a weaker immune system. The second group is problems and diseases that may be caused by continuous consumption of these products or do not show themselves quickly. These conditions can include malaria, antibiotic resistance, or Q fever.

3. Is it possible to distinguish the unhealthiness of traditional dairy products from their appearance?

4. What is the opinion of the Food and Drug Administration?

5. Is it difficult to consume traditional sour yogurts?

Yes, it is good to know that in the dairy industry, like yogurt, they start with different types of starters and greenhouse conditions to give different flavors to yogurts, and some yogurts are sour, some are sweet, and some are even more cohesive or looser in texture. However, in the production of traditional dairy products, temperature conditions are used to make yogurt sour and sweet, which eliminates the shelf life of the desired taste and texture of yogurt. From a scientific and health point of view, long-term storage of yogurt to sour it or overheat it is not logical and can cause contaminants such as mold or the growth of pathogenic bacteria and yeast in this product. On this account, there is no recommendation for consuming bulk sour yogurts.

6. If we had to, which traditional dairy products would we consume?

Now, if for any reason you have to consume traditional dairy products in some areas, we recommend you to consume yogurt first, because both the milk is boiled before the yogurt is produced, the low pH of the yogurt helps to make the product healthier, and the natural and beneficial microorganisms available. It prevents the growth of harmful microorganisms. After yogurt, milk consumption is recommended with great caution and boiling for 5 minutes. In this way, you should add some water to the milk and stir it on the heat for 5 minutes so that both the water evaporates and the milk is partially healthy. Do not forget that contact of children, the elderly and pregnant women with traditional and unpasteurized milk can endanger their health because brucellosis occurs in the person without any noise and over time, especially in people with weaker immune systems. Finally, among traditional dairy products, it is recommended to consume cheese that has been soaked for at least 2 months and soaked in salt water with a concentration of at least 13%. Consume other dairy products such as cream, buttermilk and even Traditional ice cream Not recommended due to ingestion and increased risk of disease.

Important points you need to know about tattoos and eyebrow shading 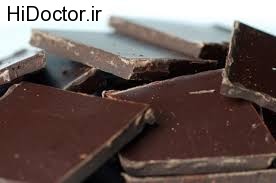 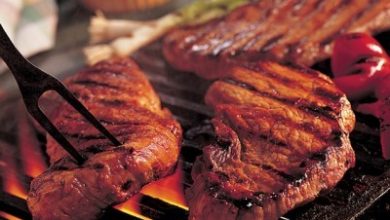 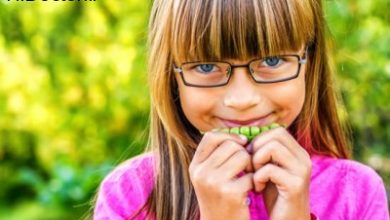