Animal-rights
activists around the world rejoiced at the passage of Canada’s bill S-214, The
Cruelty-Free Cosmetics Act. At long last, many animals can live their lives
freely as nature intended, not cooped up in a laboratory cage for the sole
purpose of informing customers that spraying hair mousse directly into the eyes
may cause irritation.

Other nations have banned the sale of cosmetic products that have undergone animal testing, but Canada’s bill ranks among the first to ban the actual practice of testing in itself. Activists hope other nations will follow suit. After all, the very thing that led researchers to implement animal testing — the similarity they share with humans in respect to the nervous system — demonstrates that animals are sentient beings capable of feeling pain and are undeserving of torture.

A Brief
History of Testing Cosmetics on Animals

In the U.S., animal testing began with an FDA mandate that certain substances undergo it prior to their release to the public. Way back in 1938, the United States Food, Drug and Cosmetic Act compelled manufacturers to utilize animals for safety evaluations. [1]

In 1980, animal-rights advocate Henry Spira launched a successful campaign to ban the Draize test. This unimaginably cruel procedure involved strapping rabbits down helplessly and pinning their eyelids open for cosmetic testing. The blinded bunnies could never return to normal lives, and the hapless animals faced euthanasia when no longer useful for experimentation. [2]

In
the new millennium, several nations have approved alternate testing methods
that required no animal lives to be lost. Additionally, the European Union
opted to ban the sale of cosmetic products that had undergone animal testing.
The Leaping Bunny logo originated as the only international symbol to guarantee
the products bearing the mark had employed cruelty-free techniques in
production.

What the
Cruelty-Free Cosmetic Act Prohibits

S-214 goes beyond banning the sale of cosmetics tested on animals. The bill also prohibits any new testing from taking place for cosmetic products and also bans any evidence gained from animal testing to be used as proof of product safety. [3]

The
bill does allow for exceptions to the no-animal testing rule if the prime
minister determines that no other alternative will adequately evaluate safety.
However, the minister does need to allow adequate time for public commentary
prior to issuing such an exception.

Over 800,000 individuals petitioned the Canadian government to pass the act. In an impressive display of solidarity, the bill passed with a unanimous Senate vote. The #BeCrueltyFree campaign in Canada launched by the Humane Society also has chapters for petitioning the governments of other nations to prohibit cosmetic animal testing. [4]

To date, nearly 40 nations have banned cosmetics testing on animals. The countries in the European Union (EU) have passed bans on cruelty in the cosmetic industry, as have New Zealand, India, Israel and Taiwan. [5]

Other countries, such as the U.S. and Argentina, have proposed legislation to ban animal testing for cosmetic purposes, though neither country has yet to pass such laws at the federal level. However, the city of Sâo Paulo has banned the practice, as has California. New Jersey, New York and Virginia have likewise recently banned cosmetic testing on animals. [6]

Animal
lovers can only hope that other nations soon follow suit. Currently, the only
New World countries banning cosmetic testing on animals are Equador and Canada.

What People
Can Do to Stop Further Cruelty

The old maxim that money talks applies to efforts to ban animal cruelty everywhere. Consumers of popular cosmetics brands can check whether their go-to products carry the Leaping Bunny logo certifying they are cruelty-free. The more people who choose to buy only cosmetics never tested on animals, the more companies will change their practices to follow suit if they wish to remain profitable. [7]

Dedicated animal activists can sign up for the #BeCrueltyFree campaign and share links and information on social media. They can also follow animal rights organizations such as the Humane Society and the ASPCA and share news stories about advances made in stopping animal cruelty around the world. [8]

Animal rights activists in the U.S. can contact their elected representatives and ask them to support the Preventing Animal Cruelty and Torture Act. The bill, cosponsored by Florida Republican Vern Buchanan and Democrat Ted Deutch, would create a federal ban on animal cruelty. [9]

The
measure, an addendum to the 2010 Preventing Animal Cruelty and Torture act
(PACT), would go well beyond the original intent of prohibiting the creation or
distribution of films displaying acts of animal torture. If passed, this
measure would make any act of animal torture punishable under federal law with
up to seven years in prison. Those perpetrating cruelty against animals would
also have a permanent felony conviction on their records should the measure
pass.

Social media users can immediately report any images or videos depicting animal cruelty to the administrators. While laws vary from jurisdiction to jurisdiction, many locations have anti-cruelty laws on the books that would allow for prosecution of those sharing heinous displays. Additionally, Facebook users can report any posts advertising the sale of animals, which violates their terms of service. [10]

Finally, individual animal lovers can donate time or money to credible animal-rights organizations. Court costs add up quickly, and these charities need all the support they can get. Local animal shelters always need volunteers to work with their wards, so those lacking financial resources to make monetary donations can help animals with a gift of their time.

Toward a
Cruelty-Free World

Animals
are sentient beings with a wide range of feelings, expressions and personality
quirks. While our four-legged friends may not express themselves the way human
beings do, a difference in vocal cords or the presence of fur is no reason to
subject any animal to cruel and unnecessary cosmetic testing.

One
day, those of us who adore animals will ideally be able to pick up whatever
toiletry items we need at any store without worrying how many innocent
creatures perished during production. Until that day comes, we can all
celebrate another nation joining the ranks of the cruelty-free while advocating
for similar measures around the globe.

How to Get Rid of Acne with Coconut Oil 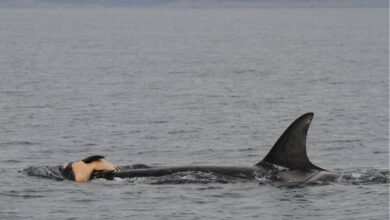