Experts believe that ostrich meat is one of the healthiest types of meat and its consumption has many health benefits. Unfortunately, ostrich meat is not very common in our country and most people use animals such as cattle, sheep, chicken and fish. In this article, we are going to examine the benefits of ostrich meat. Be with Dr. Salam.

Ostrich meat with its added value, which is a rich source of protein, energy and has no fat, is a good alternative to other red meats that are high in fat.
Ava Rudkov News Agency – Amir Masoud Taifan Soltankhani: Ostrich meat, which is classified in the category of red meat, has a very high nutritional value, so it can be said that it is one of the leanest and healthiest examples of red meat available. Is.

Unsaturated fatty acids in meat شترمرغ It makes up 30% of the total fatty acids, which is one of the advantages of this meat. Ostrich meat is very crispy and has exceptional digestibility, so that 90% of it is digestible and in this respect it is in the second place after fish meat, while chicken and beef meat have 87% digestibility. .

The head of the Animal Science Research Department of the East Azerbaijan Agricultural Research and Training Center and Natural Resources said: “The low sodium content in ostrich meat makes it possible for people with high blood pressure to use it.”

Alireza Fani added: The number of productive ostriches in active units is 200, of which 30 eggs are obtained annually from each ostrich. Referring to the annual production of ostrich eggs, he noted: The annual production of 6,000 ostrich eggs is not far from expectation. Fanny continued: Ostrich meat is one of the leanest and healthiest examples of red meat available. The interesting thing about ostrich meat is that its calories, cholesterol and fat are even lower than chicken and turkey. He added: “Production of 1-2 kg of oil from each ostrich is predictable.”

The head of the animal science research department of the East Azerbaijan Agricultural Research and Training Center and Natural Resources reminded: “Since the ostrich breeding industry needs vast land and a lot of capital, lack of information at the micro and macro level of society and lack of scientific awareness among capital applicants.” Investment in this sector has caused livestock activists to ignore this valuable industry. He added: 50% of ostrich eggs have been turned into chickens and based on this, 1000 one-day-old ostrich chicks will be produced annually in the province. With a recommendation to those interested in ostrich breeding, Fanny emphasized: Those interested in investing in the ostrich breeding industry can refer to the Jihad Agricultural Organization of the region to receive guidance, observation and use of existing banking facilities to establish ostrich breeding farms in the province. کردن.

Ahmad Reza Hassani added: 40 kilograms of ostriches per year and a total of 120 tons in the province Meat It is extracted. Introducing the top cities in the province in ostrich breeding, he noted: Bonab, Maragheh, Shabestar, Azarshahr and Miyaneh are among the top ostrich meat cities in the province. He added: The annual production of three thousand volumes of leather with an area of ​​1.2 square meters and 4500 kg of extracted oil is another product of ostrich breeders in the province. Hassani continued: The ostrich is the largest bird on earth in the bird class and one of the five sub-orders of the broad-breasted, and due to the lack of a sternal razor and the complete lack of a razor blade, it cannot fly. 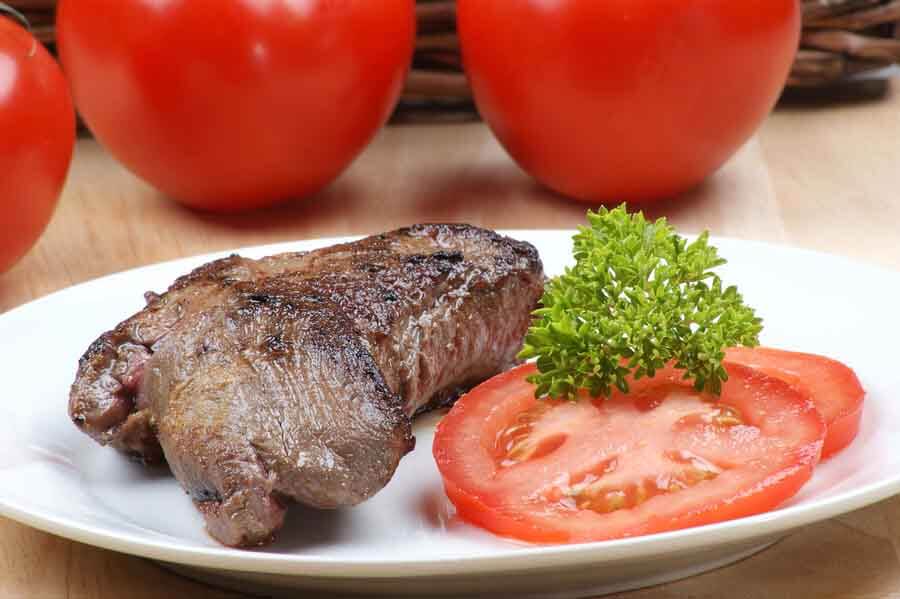 Faculty member of Animal Science Research Department of East Azerbaijan Agricultural and Natural Resources Research Center, referring to ostrich meat as a suitable alternative compared to other Red meat“Ostrich meat, with its added value, which is a rich source of protein, energy and free of any fat, is a good alternative compared to other red meats that are high in fat,” he said. He added: “The ostrich breeding and fattening industry, despite its significant economic and social advantages, lacks proper development in East Azerbaijan due to the negligence of livestock activists and the lack of transparent information.”

Hassani emphasized: The ostrich’s extremely strong eyes, even up to 3.5 kilometers (within a radius) with the rotation of its neck, have the power of sight and have a strong sense of hearing, but it has no special ability in the sense of smell and taste.

The faculty member of the Animal Science Research Center of the East Azerbaijan Agricultural and Natural Resources Research Center continued: “The interesting thing about ostrich meat is that its calories, cholesterol and fat are even lower than chicken and turkey.” He added: Lack of support from relevant organs, high meat prices, high production costs, lack of pastures to reduce feed costs and low consumption culture can be considered the most important problems of ostrich breeding in the province.

7 effective ways to get rid of hair loss