Human fetal thyroid gland per day ۲۹Fetus can produce thyroid hormones. The thyroid gland secretes two types of hormones with well-defined biological and physiological properties that regulate metabolism in the body, as well as the normal growth of the brain, bones and muscles during Increase in childhood. These hormones increase alertness in adults. Thyroid hormones are modified amino acids that are produced by the addition of iodine to the amino acid tyrosine.. 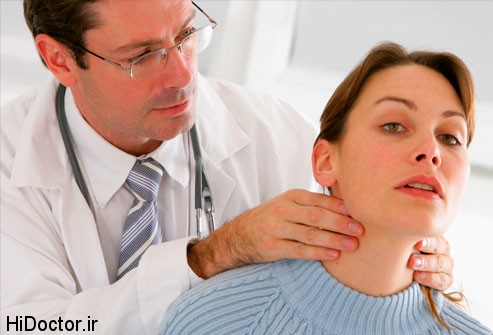 The most common problems that affect the thyroid

What is hypothyroidism and what are its symptoms?

When the thyroid gland is under-functioning, or has been malformed from birth, or has had all or part of the thyroid removed surgically, or does not have enough iodine in the diet, it can no longer produce enough hormones. This condition is called hypothyroidism. One of the most common causes of hypothyroidism is an autoimmune disease called Hashimoto’s disease. Destroys.

Symptoms of hypothyroidism are usually caused by a decrease in the body’s metabolism and may include fatigue, weight gain, and depression. Pediatric hypothyroidism may lead to stunted growth, mental retardation, or both. Hypothyroidism in adults can cause energy deficiency, dry skin and weight gain. 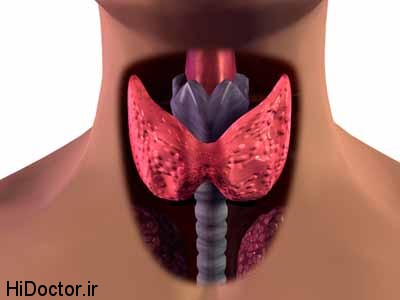 Factors that have caused thyroid problems to spread today

1. Stress: Stress in any form, whether physical, emotional, economic, living in crowded and noisy cities, etc., upsets the body’s mineral balance and balance Thyroid Becomes. Whenever a person is under stress, the adrenal glands (adrenal glands) rush to the aid of the body and help the body to get out of the state of pressure and stress by producing various hormones, so you may often have pain in the kidneys during stress. Have you felt that this causes the body to consume large amounts of zinc and magnesium, the continuation of stress causes more consumption and eventually depletion of reserves of zinc, magnesium and some other vitamins and minerals and upsetting their balance in the body? Turns. Many minerals are removed from the body during stress for proper glandular function Thyroid Are required.

2. Existence of substances and elements that interfere with the function of the element iodine: Today, halogens such as fluorides, chlorides, and bromides are abundant in water and food, which can replace iodine in the thyroid. To be. These substances interfere with the absorption and metabolism of iodine, and when they replace iodine in the body, the gland Thyroid Disrupts activity.

3. Increase of copper and mercury in the body: Today, almost all people have excess copper and mercury in their bodies due to environmental pollution. These are the two elements with elements like zinc, selenium and manganese that the thyroid In order to function, they need to have functional interactions. Copper is an essential element for human health, but its increase causes dysfunction of the thyroid gland. The thyroid gland is very sensitive to copper. Part of this is because the thyroid is easily affected by the sympathetic nervous system. Problems such as underemployment or overwork Thyroid They are directly related to copper imbalance in the body.

Mercury also enters the human body through consumables in tooth fillings (amalgam), overeating of fish and other aquatic substances and causes dysfunction in various parts of the body such as the liver, thyroid gland, etc. Many diseases Others, like MS, are directly related to an increase in mercury in the body.

4. Lack of minerals and vitamins due to improper nutrition and reduced food quality: People are more inclined to eat fast food and ready meals due to their busy schedule and lifestyle. These foods are usually high in calories and lacking in nutrients. Also, the quality of food is depleted due to the use of hormones to feed livestock and poultry and rapid growth methods in the cultivation of fruits and other foods, causing depletion. They are made from minerals and vitamins. Deficiency of minerals such as zinc, iodine, selenium, manganese, vitamin C and group vitamins B They disrupt the activity of this gland, enough of all these elements in the body to function properly Gland Thyroid Are required.

5. Infections and cancers In the body, they also affect the activity of the thyroid gland. 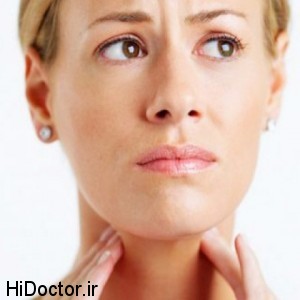 What causes goiter? And What are the symptoms?

Goiter is one of the most common diseases, especially in adolescents (school age). Goiter is more common in young girls and in people living at high altitudes. The prevalence of goiter in women has sometimes been seen 8 Is equal to gentlemen .Factors that cause goiter include: heredity, iodine deficiency in foods, overeating of foods such as turnips, cabbage, cauliflower, cassava, beets and other unknown causes. Goiters are divided into different types, including familial goiter, native (simple) goiter, solitary goiter, and polycystic goiter. Goiter occurs on the front of the neck and inside the thyroid gland. The thyroid gland is made up of two parts that are located in front of the trachea and larynx. A benign enlargement of the thyroid gland that causes it to enlarge and appear as a large gland under the throat and neck is called goiter. This gland is painless and its Persian name is “Ghambad”.

But the symptoms of goiter are the presence of a mass in the anterior part of the neck that the patient or those around the patient or the doctor observe. Sometimes the veins in the neck become larger, and whenever there is a sudden and rapid pain in the goiter, it means that there is bleeding in the goiter, and sometimes no symptoms are seen in the person who has the goiter. Year changes occur that lead to overactive thyroid gland and cause heart failure and other dangerous disorders.

In order to prevent What is the recommendation for goiter and if it occurs?

To prevent goiter, it is recommended to eat more iodine-rich foods and do not neglect the consumption of iodized salt. If you live in mountainous areas and higher altitudes, then you need more iodine. Also avoid overeating vegetables such as turnips, cabbage and lettuce.

But if you have simple and common goiters, taking levothyroxine tablets or thyroid pills, which are easily available and are recommended and prescribed by doctors in Iran. If you suspect goiter or a thyroid nodule, a physical examination, thyroid test, and possibly a thyroid scan or ultrasound and yabiopsy by your doctor will be necessary, and then you will be encouraged to treat with radioactive iodine pills or goiter surgery. The important recommendation is that the normality of thyroid tests in blood tests is not a reason for not having goiter, and with this condition it is called thyroid, and it is very necessary to take a thyroid scan if necessary..

This article is dedicated to Dr. Salam Medical Journal and its use in sites or publications is allowed only by mentioning the source.

3 simple ways to prepare a chamomile face mask at home