If you have osteoarthritis or rheumatoid arthritis, only you know how devastating it can be. Arthritis is a term for a group of diseases that cause pain, swelling, and so-called joint stiffness and can affect people of all ages, genders, and races. There are several types of arthritis. Osteoarthritis is a type of arthritis that occurs in overused joints. Another type is rheumatoid arthritis, an autoimmune disease in which the joints are attacked by the immune system. In this article from the nutrition section and diseasesDr. Salam, we review the effective foods in the treatment of arthritis.

Effective foods in the treatment of arthritis

Fortunately, there are many foods that can reduce inflammation and alleviate some of the joint pain associated with arthritis. In fact, a survey found that 24% of people with rheumatoid arthritis reported that their diet affected the severity of their symptoms.

In the first part of this article, we are looking for 4 of the best treats for people with arthritis:

Effective foods in the treatment of arthritis – fish oil:

Different fish oils such as salmon, mackerel, sardines and trout are high in omega-3 fatty acids, which have been shown to have strong anti-inflammatory effects. In a small study, 33 participants were fed lean fish, lean fish, or lean meat four times a week. After 8 weeks, people who ate oily fish had less inflammation-related compounds in their bodies.

Analysis of 17 studies has shown that omega-3 fatty acid supplements reduce the severity of joint pain, joint stiffness in the morning, the number of joints that ache, and the use of analgesics in patients with rheumatoid arthritis. Studies in laboratory samples also show that omega-3 fatty acids reduce several inflammatory markers involved in osteoarthritis.

Fish is also a good source of vitamin D, which can help prevent poverty in the body. Numerous studies have shown that rheumatoid arthritis may be mild Vitamin D Be relevant in the body that can help with its symptoms. The American Heart Association recommends that you include fish in your diet at least twice a week to get the most out of its anti-inflammatory properties.

Garlic is a package with many health benefits. In some studies, garlic and its components have been shown to have anti-cancer properties. Garlic also contains compounds that reduce the risk of heart disease and dementia. In addition, garlic has been shown to have an anti-inflammatory effect that may help reduce the symptoms of arthritis.

In fact some research has shown that garlic may help the function of certain cells of the immune system Boosting immunity system, Increase. In one study, researchers analyzed the diets of 1,082 twins and found that people who ate more garlic had a lower risk of pelvic osteoarthritis, which is likely due to the garlic’s strong anti-inflammatory properties.

Another study of laboratory samples showed that specific compounds in garlic could reduce some of the inflammatory markers involved in osteoarthritis. Add garlic to your diet to reap the benefits of both arthritis symptoms and health throughout your body. 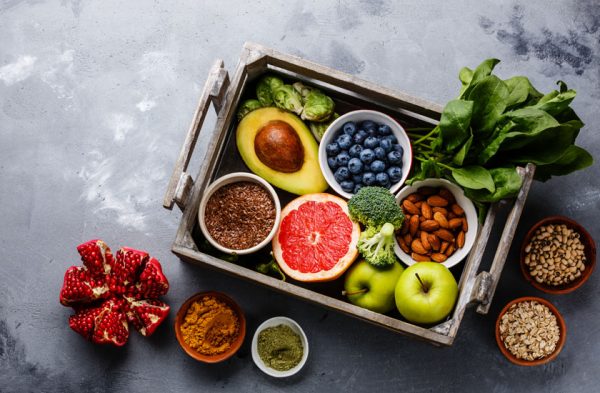 Effective foods in the treatment of arthritis – Ginger:

In addition to being used as a flavoring in tea, soup or sweets, ginger may also help relieve arthritis symptoms. A 2001 study examined the effects of ginger extract on 261 patients with osteoarthritis of the knee. After 6 weeks, 63% of participants experienced improvement in their knee pain.

Effective foods in the treatment of arthritis – broccoli:

It is no secret that broccoli is one of the healthiest foods. In fact, broccoli may be linked to lower inflammation. A study of the diets of 1,005 women found that eating vegetables in the cabbage family, such as broccoli, was associated with lower levels of inflammatory markers.

Broccoli also contains compounds that help reduce the symptoms of arthritis. Sulforaphane, for example, is one of the compounds found in broccoli. A study of laboratory samples showed that the compound inhibited the formation of a type of cell involved in rheumatoid arthritis.

What is pro keratosis? Causes, symptoms, ways to diagnose and treat it