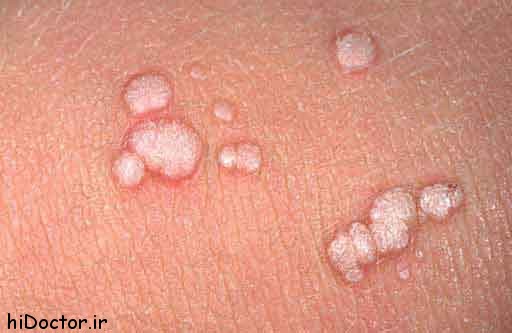 We have discussed with you a lot about sexually transmitted diseases, this time we want to talk about genital warts. The topics we will deal with are: ways of transmission, prevention, treatment and symptoms. Follow this section of Dr. Salam medical magazine. Genital warts, a disease A sexually transmitted virus It affects both sexes. This disease causes skin lesions in the form of small bumps on the skin or mucous membrane of the genital area No pain or itching Are. Warts can be from A few weeks to a few months Caused after contact with an infected person. The causative agent is a virus called the human papilloma virus, which seems to play a role in causing some malignancies. This virus is similar to the virus that causes common warts, but it has more transmission power compared to it. More waste in Wet areas are created

Ways of transmission of genital warts:

via direct contact It is caused by genital warts, which contain a virus and can be transmitted through Sex, Contact with genital secretions and dirty clothes And also through Transferred from mother to baby at birth.

1- The lumpy skin protrusions are about 2 to several millimeters in size, which may be numerous or even clustered.

2- There is no pain, burning and itching and they are more contagious than normal warts in other parts of the body.

Although small warts without treatment will disappear by themselves after some time, but since this disease can be the cause of malignancy, treatment and follow-up should be sought. Possibility Recurrence of the disease is also high Is. Genital warts may occur inMen Leading to Urinary obstruction or in Women causing Cervical cancerbe made

1- Sexual intercourse should be avoided until the lesions are completely healed because the possibility of transmission is high.

2- Using condoms in other occasions reduces the possibility of infection.

3- Also, scratching and manipulation of the waste should be avoided because it causes the transfer of contamination or secondary bacterial infection may occur.

4- Maintaining hygiene and keeping the area of ​​waste clean and dry helps recovery.

5- Like other sexually transmitted diseases, the best way to prevent it is reasonable and safe sex.

6- The FDA approved a new vaccine that was developed by the US Food and Drug Administration in 2006 to prevent four types of wart viruses called Gardasil, which can be injected three times at 6-month intervals for prevention.

Follow up By Pop Smith test Ladies should be seriously be considered In this field, even more investigations such as tissue sampling may be needed. Complete treatment of lesions is recommended.

Investigating the causes of cancer

Complications of eating while having fun

Attention to women’s need for caress in sex