If you find yourself walking a lot, or you’re an avid runner or cyclist, it’s likely you’ve experienced pain in the outer knee and thigh area.

The iliotibial band (IT band) is often to blame here. When this connective tissue gets overworked, it is believed to cause pain and tenderness in the areas it attaches – namely, the outer thigh and knee (especially just above the knee joint).

What Is The Iliotibial Band?

IT band syndrome (ITBS) is primarily known as a running injury, however it is quite common in anyone who undergoes consistent vigorous training that involves use of the legs – long walks, hiking, biking, and backpacking can also cause the syndrome. Conventional medicine claims that ITBS is a kind of tendinitis, however, studies have been pointing to something much different – something that might not involve the IT band at all.

One study that measured a bunch of different factors in a group of young athletic women (2). Women that did get ITBS were examined by expert assessors who determined that not one of them had tight iliotibial bands. “All the athletes with iliotibial band friction syndrome had a negative bilateral Ober test.” In other words, their iliotibial bands were not tight.

What Is Really Going On?

If you know anything about the hip muscles (the glutes, deep rotators and adductors), then you’d know that they control and stabilize everything below the hips. If something is off with your hip muscles, then it’s likely that you’re going to be experiencing pain anywhere below this point.

According to Dr. Stephen Pribut, “weak hip abductor muscles play a large role in the development of ITB syndrome. These weak hip abductors are part of a commonly seen pattern of weak core muscles. This leads to muscle imbalance. On longer runs, and as you are just starting to increase the length of your runs, your hip abductors can become fatigued and require the added assistance of the muscles which attach into the ITB to work harder (3).”

He suggests that strengthening the hip abductors and stretching the ITB and structures that attach to it can help alleviate the problem.

What Are The Hip Abductors?

The hip abductor muscles include the gluteus medius, gluteus minimus and tensor fascia latae (TFL). They move the leg away from the midline of the body, and also help rotate the leg at the hip joint. They are necessary for stabilization during walking (and running, biking, etc.), and one-legged movements. Weakness of the gluteus medium muscle has been most commonly found in runners with ITB syndrome (4).

The IT band is attached to the TFL, which functions to stabilize the knee and assist in abduction, however the gluteus medius is far stronger and better at performing these functions. When the hip abductors are weak (aka. the gluteus medius), the TFL must contract harder, and for longer periods, therefore straining the ITB.

Do you see how this all makes so much sense now? According to Robery Camacho, fitness coach, “the problem with this is that you’re now statically using a structure [the IT band] to achieve dynamic stabilization. That’s kind of like responding to the shocks on your car being too loose by tightening them up so much that they can’t move (5).”

As a result, an enormous amount of pressure is put on the IT band, leading to tightness, inflammation,and pain.

Strengthening the gluteus medius and practicing stretches that loosen up the hip abductors is the best place to start when trying to find relief to outer hip and knee pain. Use the following guide to your advantage, and

For this test, you will need a friend to help, but it is a good test to see if you have glute med weakness, and also a good exercise to help alleviate it.

1. Lay down on your side in a straight line and make sure your hips are stacked.
2. Bring your top leg back a bit so that your toe is touching the heel of your bottom foot.
3. Flex your ankle and try to raise your leg.

At this point, many people have trouble doing the leg lift without rolling backward, turning the foot outward or letting the leg shift forward (if you do these things, you are cheating). If you can do this so far without “cheating,” then you’re ahead of the game. Now, take your friend and do the following:

4. Get your friend to push your leg down gently at first (in the same position we left off with – #3 above), and then with slightly increasing force.
5. If you can maintain the height of your leg without your body position shifting, then your glute medius muscle is strong! However, most people can’t do this (especially without cheating/compromising body position).

This test can also be used as a great exercise to strengthen and re-teach your glute medius muscle to fire. Just make sure you’re not cheating and make sure you feel the muscle pulling from the upper region of the outside of your buttock (where this muscle is located). If you’re only feeling a pull on the front of your hip, change your position, because you’re no longer working the glute medius!

For the exercise, simply repeat the leg lift you used as a test and repeat it several times to strengthen the muscle. If you have a friend around, they can provide some resistance to strengthen it further.

1. Lay on your side with both knees bent. Line up your heels with the hips and pelvis and keep your pelvis neutral or slightly forward (don’t let it roll backwards or open up).
2. Place a tied resistance band just above your knees for extra resistance (not necessary, but helpful).
3. Breathe out, engage your core, and lift the top knee up towards the ceiling slightly.
4. Breathe in and lower.
5. Repeat this exercise until fatigue. Aim for 2-3 sets of 10-20 reps.

1. Lie on your side and line up the neck, shoulders, pelvis, hips and ankles.
2. Put your bottom elbow under your shoulder, and keep your heels grounded.
3. Lift up through your side body and hips so that you have good spinal alignment. Do not drive through the shoulders or upper back too heavily.
4. Hold for 5-30 seconds, and repeat until you can no longer perform the exercise (about 8-10 reps).
5. If this exercise is too difficult, do a modified side plank, where the knees are bent instead of lifting through the feet (see video).

1. Bring your body to the side of a wall opposite to the weakness (if your left leg is the one that is affected, put the right side of your body against the wall).
2. Lift the leg closest to the wall, keeping the knee bent 90 degrees and in line with the other knee.
3. Keep the pelvis level (don’t let the hip or pelvis drop).
4. Push the lifted leg into the wall and hold with the support stance leg. You should feel it in the lateral buttock of the stance leg.
5. Hold for 5-10 seconds, and aim for 3 sets of 5-10 repetitions.

1. Start in a downward-facing dog with your feet together.
2. Draw in your left knee and turn it out to the left so that your left leg is bent and near-perpendicular to your right one. Lower both legs to the ground.
3. Keep your right back leg extended straight behind you, and stabilize yourself with your elbows on the ground, or if you feel comfortable, fold your upper body forward and collapse over the left leg to a fully relaxed position.
4. Stay in this position and hold for 5 to 10 deep breaths.
5. Switch to the other side and repeat.

1. Stand tall with your right leg crossed over the left.
2. Lean to the right (towards front leg) until you feel a stretch along the side of the left leg.
3. Hold for 30 seconds, breathing deeply the entire time.
4. Repeat 5 times before switching sides.

Scientists Say That Starting Work Before 10am Is Similar To Torture

Yoga and Financial Awareness: 5 Things They Have In Common 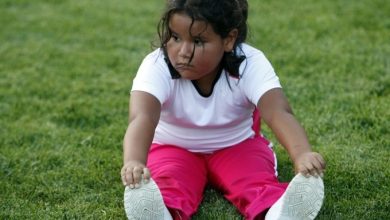 Is it possible to estimate the risk of overweight in the future? 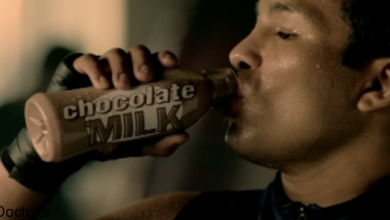 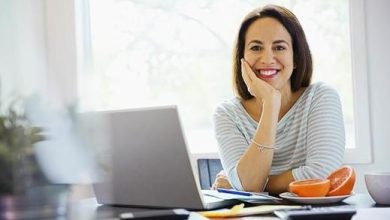 These methods are very dangerous for weight loss 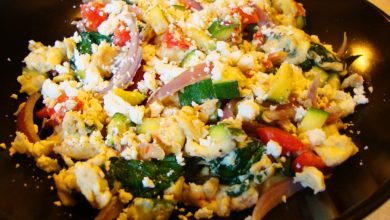 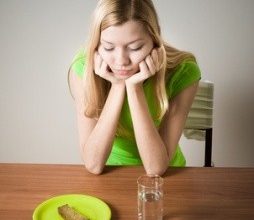 Psychological recommendations for lack of appetite 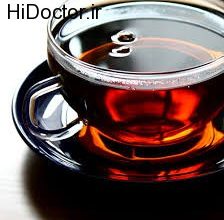 Insure your body with black tea