Seeing tattoo designs and tattoos on the body of some people may seem very beautiful and even tempting to you! To the extent that it leads you to do the same! But do you know how much you have to pay to do this? In the following, we will examine this issue further. Be with Dr. Salam.

Tattoo or tattoo as it is called today, is an ominous legacy that has been passed down from the past to the indifferent present. Creating various designs and paintings on the skin and transferring it through special needles under the skin that changes the color of the skin It is called a tattoo, an act that can be performed by some people around the world because of a sectarian or religious behavior or because of beauty or the direction of a particular and street belief that has a completely baseless basis. Becomes.

In fact, getting a tattoo may not be acceptable in some cultures – such as the original Iranian culture – but the important thing about doing this is not its approach but its dangerous harm to the health of the people who get the tattoo.

It is not bad to know that special needles are used for tattooing, and this not only causes a lot of pain, but also causes a lot of bleeding. Poor personal hygiene after tattooing can expose a person to dangerous diseases, including:

Causing skin disorders: Creating bumps around the ink Tattoo (Tattoo) especially if it is red. Also, you are more likely to develop severe sores and inflammation if you are prone to it.

Dangerous Blood Infections: If the equipment used to make a tattoo is contaminated with a sick person’s blood, you will be exposed to a number of dangerous blood diseases, such as hepatitis C, hepatitis B, tuberculosis, HIV, and the virus that causes AIDS. .

Skin Infections: Tattoos can also cause localized bacterial infections. Common symptoms of infection are redness, heat and swelling, and dryness that looks like pus.

Let’s not forget that tattoos are also ideal in ideal conditions, and tattooing in any place and situation, even by the most skilled people and in the safest parts of the body, still carries the risk of infection and the most dangerous infectious disease that can be transmitted with tattoos.

Therefore, let us never forget that the entry of any chemical in tattoos, as well as foreign dyes in the human body can be a way to transmit infectious diseases such as Hepatitis B Syphilis, leprosy, tuberculosis, skin cancer, psoriasis, or even behavioral changes are known.

In our country, tattooing has been common for several years and only men do not like it; Today, we see many people who have painted their skins with different patterns and drawings, regardless of its effects. 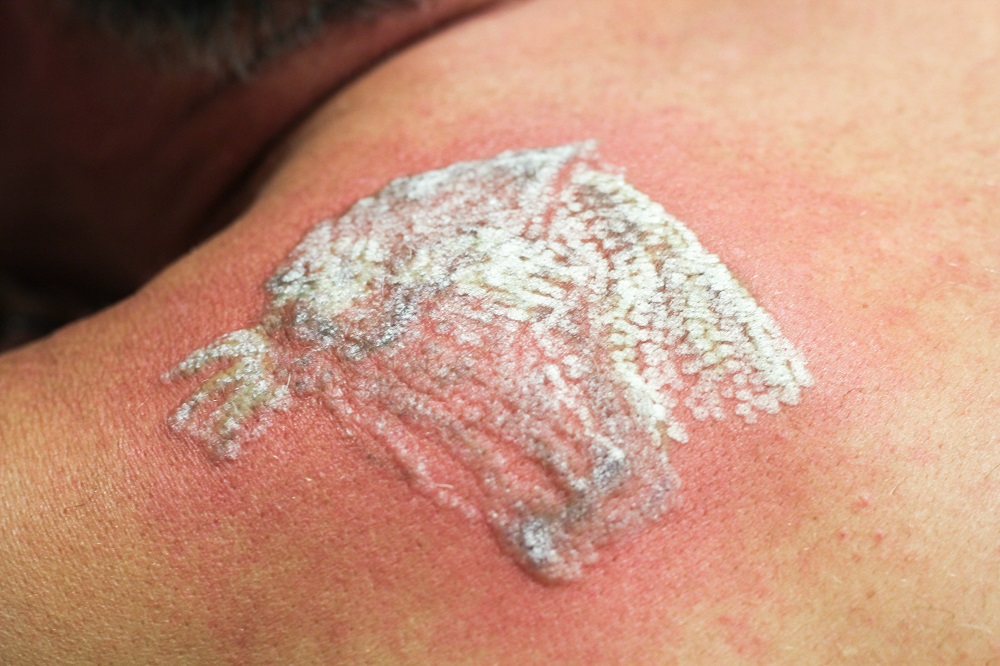 Many when it comes to the dangerous side effects of tattoos and Tattooing They hear it, they do it well, but others who insist on doing so may resort to the “temporary tattoo” method as an alternative. Those who work in the field of tattoos claim that temporary tattoos are safe, but so far there have been many cases of allergic reactions and even infections in temporary tattoos.

So before we talk about the side effects of tattoos, we need to talk about the regrets that come to people after tattoos. Many people who experience tattoos, both those who go for eyebrows due to drooping eyebrows and those who experience tattoos just for the sake of beauty, get tired of it after a while and look for a way to clean and erase it. They turn.

Solutions that, in addition to the cost of each, have their own pains. In addition to allergies, infections and skin irritations are some of the things that people may experience after tattooing.

This Allergy It is sometimes accompanied by itching and redness of the skin and begins with inflammation in the tattoo area due to foreign matter entering the body. Sometimes the body reacts to a foreign body, which is the color of the tattoo. Under these conditions, the body’s immune system prepares to fight the foreign body.

In addition, the needles used for tattoos, if they are not sterile or hygienic during the procedure, can lead to diseases such as hepatitis and AIDS, which can cause a crisis forever.