The most important causes of oral cancer
Oral cancer may occur in any part of the mouth, including the surface of the tongue, on the lips, inside the chin, on the gums, on the roof of the mouth and the floor of the mouth, on the tonsils, and on the salivary glands. In fact, oral cancer is included in the group of head and neck cancers and is usually treated with the same treatments as these diseases. Oral cancer occurs mostly around the age of 40. Smoking, including smokeless tobacco, as well as smoking cigarettes, hookahs, pipes, and even chewing nicotine gum, and excessive alcohol consumption are among the main causes of oral cancer. In addition, people who consume large amounts of red meat, processed meats, and fried foods are more likely to develop oral cancer. Also, those who suffer from acid reflux or gastric reflux are also more likely to suffer from oral cancer due to the reflux of stomach acid into the esophagus.

Take the symptoms seriously
Due to the warnings that are always given about going to the dentist, many people ignore it, and this issue exposes people to various diseases, including oral cancer. Most patients in the early stages of oral cancer are asymptomatic and their symptoms cannot be detected. Smokers and alcohol drinkers should see a doctor regularly for check-ups due to the dangers that threaten them. Among the symptoms of oral cancer, we can mention the following: fragmentation of the lining of the mouth and tongue, which are usually red or red and white, sores that do not heal, mouth sores that do not go away, swelling in the mouth that lasts for more than three weeks , formation of mass or thickening of the skin or the inner lining of the mouth, pain when swallowing food, loose teeth for no reason, in people who use dentures, the teeth do not fit well in the mouth, pain and stiffness in the jaw area, sore throat, feeling stuck Something in the throat, sore tongue, rough mouth and neck pain that won’t go away; If you see any of these symptoms, be sure to see a doctor for further investigation.

Oral cancer in global dimensions
According to “medicalnewstoday”, about 34,000 people in America are diagnosed with oral cancer every year, and 8,000 people die from this disease. In England and Wales, about 2,700 cases of oral cancer are diagnosed annually. Oral cancer kills around 920 people in England and Wales every year. According to “Independent”, oral cancer in England has increased by 68% in the last 20 years, and researchers have declared unhealthy lifestyle as the main cause of this growth. Statistics provided by the UK Cancer Research Center indicate that oral cancer is growing in men and women of all ages. From 1993 to 1995, only eight cases of cancer were reported per 100,000 people, but between 2012 and 2014, 13 cases were reported per 100,000 people. In men under the age of 50, this figure has increased to 67%. About 20 years ago, 340 people in the same age group were diagnosed with oral cancer every year, but after years, this rate reached 640 cases. In men over 50 years of age, this number has grown by 59%, so that it has reached 4,400 cases out of 2,100 cases. Although oral cancer is more common in men, women are also at risk and the number of female patients has grown by 71% in the last 20 years. Cancer Research UK has warned that 9 out of 10 Britons have an unhealthy lifestyle that puts them at risk of developing cancer. In addition to using tobacco, they use few fruits and vegetables. 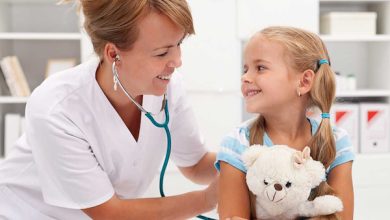