According to the latest statistics, about 65% of Iranians are either obese or overweight. Apart from the worrying figure, which indicates the prevalence of malnutrition in our country, we can expect that the market for various diets is very hot; Although many of us start our diet with energy and motivation, due to the various difficulties of maintaining a healthy diet, we leave it half-done and this process is always repeated; But what if we can have a diet that not only keeps us healthy and loses weight, but also improves our mood and makes it easier to follow a diet?

Tom Craig is a famous chef who invented a diet called the Happy Diet and with his help he was able to lose about 70 kg of weight; But its main purpose is to increase the secretion of dopamine, which is the hormone of happiness and well-being in the brain, and makes you feel better in addition to losing weight, and as a result, you are more likely to succeed in losing weight. This diet, also known as the dopamine diet, has received a lot of attention these days. However, there are some objections to it. For this reason, we want to make you more familiar with this diet and its features, stay tuned to Dr. Salam.

What is a dopamine diet?

This diet is known as a diet that helps you lose weight in addition to losing weight, and its main purpose is to stimulate the brain to release more dopamine (the hormone of feeling happy) along with reducing harmful and fattening substances in the diet. Although various models of this diet have been introduced in recent years, the common denominator of all of them is the use of foods that are thought to cause more dopamine secretion. These foods include;

Dairy products such as milk, yogurt and cheese

Omega-3 rich fish such as salmon and mackerel

– A variety of fruits and vegetables, especially bananas

– A variety of nuts and dark chocolate

What exactly is dopamine and how does it relate to our diet?

Dopamine is actually a neurotransmitter; It is a chemical that is responsible for transmitting messages between nerve cells in the brain. Dopamine is known as the hormone of happiness because it directly affects the center of happiness and reward in the brain. The center may be active for a variety of reasons, but one of the easiest ways is to have instant access to food.

In fact, new research suggests that the main cause of obesity may even be a problem with dopamine secretion due to overexposure to very fatty and sugary foods. This saturation can lead to behaviors such as overeating to release the same level of dopamine into the brain, although this idea has a long way to go before it becomes an accurate theory; But what is already known is that eating food, especially fatty and sweet foods, triggers the release of dopamine, which increases appetite, overeating and weight gain in the long run. 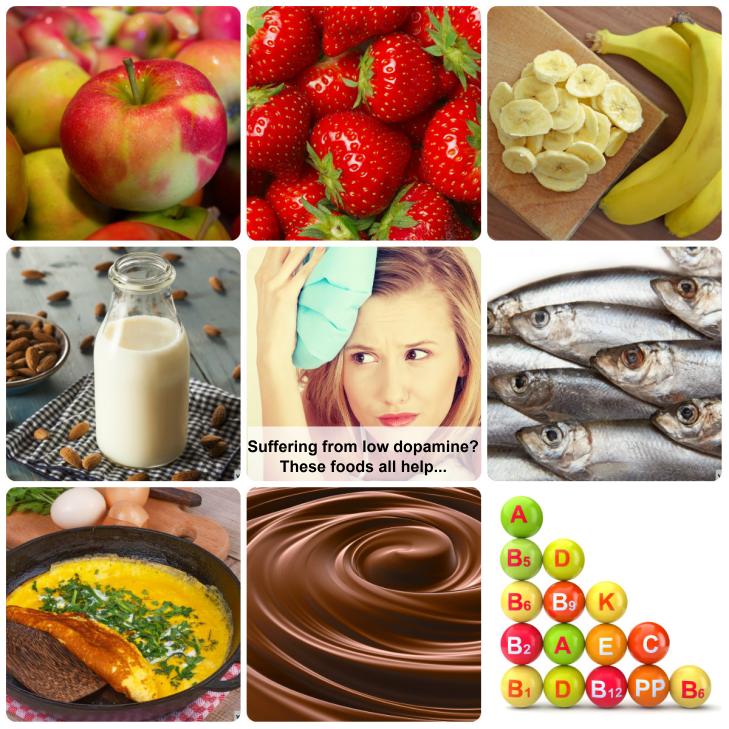 But how can we increase the release of dopamine in the brain without eating too many fatty and sugary foods that are known to be harmful?

Sources of protein, especially animal protein, contain raw materials for making amino acids such as tyrosine, which are essential for the production of dopamine in the body. By this logic, it has been suggested that by increasing the amount of protein entering the body, we can increase dopamine secretion without increasing appetite and overeating. The results of a recent study show that eating a high-protein breakfast includes: Eggs, animal protein and dairy In addition to reducing weakness throughout the day, it reduces overeating and thus increases dopamine levels in the body.

Here are a few things to keep in mind

1) Eat on time; By doing this, you will reduce the hormonal fluctuations of your body and you will control your appetite more easily. This will also save you the risk of overeating at night.

2) Try to enrich your breakfast with animal protein sources such as eggs and meats.

3) In some types of diet, it is recommended that you eliminate starchy carbohydrate sources altogether, which does not seem wise. Carbohydrates are an important part of your diet and it is best to eat some with each meal. Of course, it is better to use low-sugar carbohydrates such as barley bread or porridge to meet your body’s needs.

4) Do not forget to provide healthy and beneficial sources of fat for your body.

6) In addition to following a healthy diet, modify other parts of your lifestyle that reduce dopamine secretion. Regular physical activity and proper rest are both habits that are directly effective in improving your general condition and raising blood dopamine levels.

As we said, this diet is rich in protein and its main focus is on the release of more dopamine hormone in the brain. Also, avoid overeating by eliminating foods that can deplete dopamine. The reason is that you use food, enjoy more and be able to better follow your diet. Created by a chef, this diet, along with delicious recipes, is one of the most popular diets you can find. So do not worry about hunger and weight loss by exercising hard and follow these basic rules in your diet:

Processed and prepared foods stimulate the brain to secrete high dopamine. Maybe that’s why eating fast food is so common and addictive; So it is best to eat foods that release dopamine, but do not harm processed foods and help your health.

Lower your blood sugar by reducing your carbohydrate intake. In this situation, your body burns stored fat to get the energy it needs, which is exactly what you want it to do. A low-carb diet is defined by a diet in which the total amount of carbohydrates in your body does not exceed 100 grams during the day. Although this amount varies depending on your gender and level of physical activity, try to get as much energy as possible from other sources. It is also a good idea to get your carbs from sources with lower sugar indexes such as whole grains.

– In order not to suffer from weakness and overeating during the day, it is better to have a complete and high-protein breakfast.

Gaining and losing weight should not always be difficult, although it is largely up to you. Preparing delicious foods that you like and enjoy eating will play an important role in your loyalty to the diet and thus weight loss. Try to use the mentioned materials to prepare foods with different flavors and textures and keep your diet fun and varied so that weight loss does not become more difficult for you.

Did you know? Our bodies produce dopamine by breaking down the amino acid tyrosine found in foods such as meat, fish, nuts and leafy vegetables. 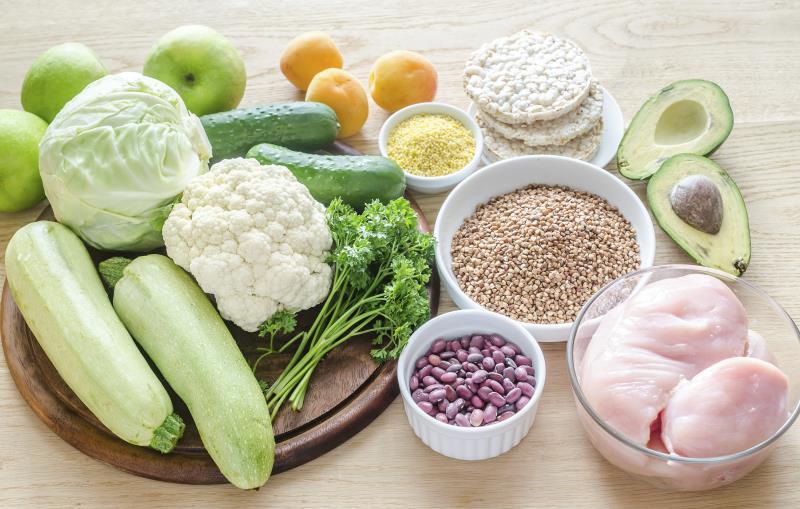 Foods that make you feel better

– Dark leafy vegetables: These plants, along with having a strong and good taste, increase the secretion of dopamine.

– Apples, raspberries and bananas: All of these foods contain the antioxidant quercetin, which is thought to help prevent dopamine deficiency in the brain.

– egg: Yes, this old acquaintance is rich in protein and contains amino acids that are involved in the production of dopamine in the body.

– Oily fish: These fish are rich in omega-3 fatty acids, which in addition to preventing fatigue and improving memory, also reduce mood swings.

– Cheese: Cottage cheese on Iranian breakfast tables also contains the amino acid tyrosine, which increases dopamine levels in the body. Of course, in the meantime, it is better to pay attention to the fat content of cheese and try to look for less fat options as much as possible.

– Wheat germ: In addition to providing fiber and many other nutrients needed by the body, this food also contains phenylalanine. This essential amino acid is converted in the body to tyrosine (which is needed to produce dopamine).

Related: Everything you need to know about the famous Atkins diet

Any copying with the name of Dr. Salam and direct linking is allowed

Skin problems and their treatment