The most difficult period for young women, especially girls, is menstrual cramps, which most of them do not know how to cope with these pains and go to painkillers on their own. They have to endure this pain for about 48 hours. Today, we will teach you easy and completely simple methods so that you do not go to painkillers anymore because they have side effects.

One of the problems that most young girls experience over and over again throughout their lives is painful menstruation. There is no clear cause for painful menstruation in girls and women, but many women and girls experience it. Pain often occurs in the first days of menstruation and does not last more than one or two days. Many therapists believe that this pain is due to hormonal changes in women’s bodies and muscle contractions and spasms in the uterine area, which disrupts blood flow to the abdomen and pelvis and sometimes causes back pain. Menstruation, in addition to pain, sometimes causes anxiety, mood swings, insomnia, boredom, depression, and bloating, which resolves with the passing of menstrual days. But if you are looking for a way to control and relieve these pains or disorders and you want to get rid of them without the use of chemical drugs, you can use these natural methods without worrying about the side effects and problems of using painkillers and chemical drugs.

Prevent anemia in your body

During menstruation, between 50 and 130 milliliters of blood are normally excreted from a woman’s body. Sometimes, for various reasons, such as menstrual irregularities or disorders of the reproductive system and fibroids, the amount of bleeding increases these days. Improper nutrition and not substituting nutrients and hematopoiesis in the food basket of girls and women can cause some people to suffer from anemia. One of the easiest ways to prevent anemia and general weakness in the body on menstrual days one week before the start of menstruation is to drink spring tea.

Cinnamon is one of the best herbal remedies for the early days of menstruation. Cinnamon tea can increase your physical strength in addition to reducing menstrual cramps. You can use cinnamon powder and its wood to prepare this tea. If you have access to cinnamon sticks, it is better to prepare your tea with it. Put 2 to 3 cinnamon sticks in a glass of boiling water and cover the top of the glass with a saucer. Let the cinnamon soak in boiling water for 10 minutes to brew, then take the cinnamon stick out of the glass and sip the drink. Drinking 2 glasses of cinnamon tea and eating hot foods such as kachi can be the best choice for the first day of menstruation.

In many traditional medicine texts, ginger has been mentioned as a medicinal plant that relieves menstrual pain and opens menstruation. Many women experience menstrual cramps without bleeding. To open menstruation, drinking ginger tea is the best choice. To prepare this tea, it is enough to boil a teaspoon of grated ginger in a glass of water and strain it and eat it before eating. Ginger because it has a spicy and astringent taste, you can add a teaspoon of honey or a small piece of candy to make it taste good and eat it before eating.

Treatment of bloating with cumin

Many women and girls experience bloating and pain as menstruation begins. It sometimes happens that menstrual complications such as bloating pain are more difficult for women than menstrual pain. Cumin is a real anti-flatulence. When you have bloating, it is best to eat a glass of cumin decoction. This will help relieve bloating slowly and relieve abdominal pain. However, this method is recommended only for adults and women who experience bloating or experience bloating due to menstruation by consuming certain foods. To make cumin more effective in treating bloating, you can mix and grind black cumin and green cumin in equal amounts and consume one to two cups of cumin sweetened with honey as a drink.

Are you nervous and impatient?

Anxiety, anger and mental and psychological changes are other disorders that are seen in girls and women as menstruation approaches. These days, due to hormonal changes that occur in women’s bodies, their moods change and their sensitivity to various issues increases. To prevent such problems and increase the body’s resistance, it is better to drink 2 cups of chamomile herbal tea a day a few days before the start of menstruation. It is better to sweeten this tea with a little honey between meals. Chamomile tea helps you to control your mood during menstruation more easily. Start drinking this tea 3 to 4 days before menstruation and continue until the end of menstruation. 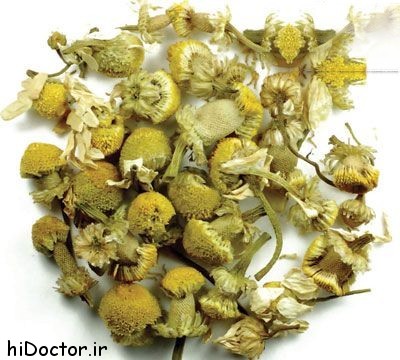 Drinking a cup of nettle sweat daily has significant effects on menstrual control and regulation in women. Traditional healers consider the effect of this herbal drink to regulate menstruation and treat disorders caused by it, and believe that drinking nettle sweat can help treat people who have not menstruated for a while. In addition to its unique properties, nettle sweat is very successful in strengthening physical strength and vigor in relieving pain caused by kidney stones. As menstruation approaches, women can spend menstruation days with less pain and more relaxation by drinking one to two cups of this tea daily.

What plant do you smell?

Aromatherapy is one of the natural therapies that its application in the field of pain relief and relaxation quickly attracted the attention of many physicians and specialists in conventional medicine. Many clinics today use aromatherapy to relieve pain and soothe patients.

Therapists use this scent of lavender or rosemary to relieve menstrual cramps. Smelling the scents of the mentioned plants, in addition to relieving pain, such as soothing pills, soothe the person. In addition, inhaling lavender oil and extract and using it topically in the abdomen during pregnancy at the same time has a great effect on reducing pain caused by menstrual days, provided that after massaging the abdomen with this extract, cover the abdomen with a suitable cloth and Keep warm.

Safe from donkeys and puffs

Warning Never use a tea bag or tea maker!