This mentality exists in most Iranian men who think that their penis size is short or that their sexual partner is not satisfied and can not meet his needs, and this will cause men to be depressed.

The internet and satellite these days are full of advertisements for penis enlargement, and even in some pharmacies in Iran, men are advised in this field and encouraged to use their method or product.
Researchers say that this huge business, which is booming all over the world, is based solely on men’s misconceptions and concerns about the possibility of their penis being abnormal.

Scientists at King’s College London in collaboration with the British Health Service (NHS) reviewed more than 20 studies of more than 15,000 men of all ages (17 to 91 years) in different parts of the world (Europe, Africa, the Americas and Asia). , Including in Iran), tried to determine the average size of the penis in men. The results of this study were recently published in the British International Journal of Urology.
“We believe the chart we have prepared will help doctors reassure most men that their penis size is normal,” said Dr. David Will, lead author of the study.

According to this study, the average length of the penis before arousal is 16.9 cm and the average circumference is 31.9 cm. In the excited state, the average length is 12.13 and the average circumference is 11.66 cm.
For the first time, the researchers have developed a graph that takes into account both length and circumference, so that people can compare themselves to other men and find out where they fit in the natural spectrum compared to others.
The study found that only 28.2% of men had abnormally small or large penises. The study also found no evidence that race or nationality played a role in penis size. In addition, no correlation was found between penis size and foot size (shoe score), index finger length, testicular size, and age.

Ignorance-based business:
Enlargement of the penis
All over the world, a group of men are worried about the size of their penis and may even suffer from “anxiety or small penis syndrome”. The source of this anxiety in the vast majority of cases is the misconceptions that are prevalent among the ignorant and the common people; Beliefs such as that penis size is related to masculinity, fertility or sexual ability, or that if the penis is small, it causes sexual dissatisfaction.
Advertisements for penis enlargement advise men to use non-surgical methods (pills, lotions, vacuum tubes, devices and stretching methods) that do not have the slightest scientific evidence for the effectiveness of these methods, and such solutions are medically invalid.
One surgical procedure is to increase the diameter by injecting fat from another part of the body into the penis; However, a review of the condition of men who have used this method shows that over time, with the absorption of fat, the size of the penis returns to its previous state, and in addition, the surgical method has complications such as deformity and wounds and infections.
According to Professor Wiley, in sexual intercourse for women, being romantic (having romantic behavior), softness and gentleness, paying attention to wants and needs are much more important than the size of the penis.

In lengthening surgery, the ligament that connects the penis to the pubic bone is cut and the length of the penis is increased with a skin graft, but this method does not affect the size of the penis when aroused and may even make it difficult to have sex.

Men with misconceptions:
Penis size and sexual partner satisfaction
Various studies on the relationship between penis size and sexual partner satisfaction have almost all concluded that there is no such relationship and that the effect of penis size on sexual satisfaction is small.
Last year, a study was published that showed that the length of the penis affects their attractiveness to women. The study was widely published, especially by those working on penis enlargement, as scientific evidence, but the study was conducted on only 105 Australian women, and the men who rated their attractiveness were computer video characters. They were! This research was evaluated by reputable authorities without the necessary scientific criteria.
“It may seem strange to some men, but most women are not as interested in the size of a man’s penis, and this has been shown in numerous studies,” said Professor Cowan Wiley, a sexual health specialist at the University of Sheffield.
According to Professor Wiley, for women in sex, romance, softness and gentleness, attention to wants and needs is much more important than the size of the penis.
A study by Professor Wiley himself shows that more than 85% of women are satisfied with the size of their partner’s penis.
Scientific advice to concerned men
Here are some simple tips for men who are concerned about or care about:

* Every man sees his genitals from a unique angle, that is, from above, and this makes that organ look smaller than the real size, especially when comparing himself with others. Looking in the mirror gives a more accurate assessment.
Prevent abdominal obesity; Because it makes the size of the penis look small.
Finally, the personality, behavior and awareness of men about sex and having a strong emotional relationship with a sexual partner is the key to good sex; Instead of enlarging the genitals, one can pay attention to the development of sexual personality and behavior.

6 simple tricks for those who are looking to lose weight 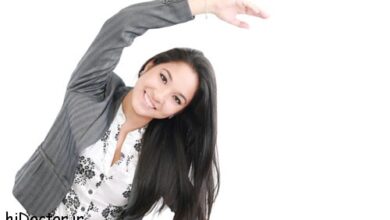 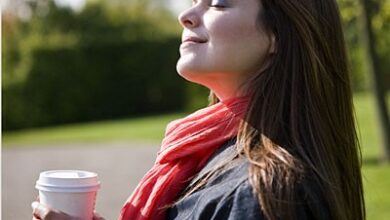 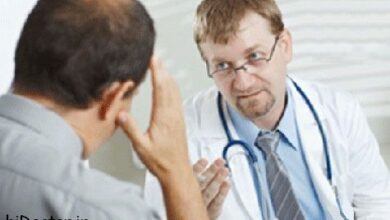 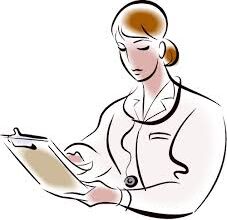 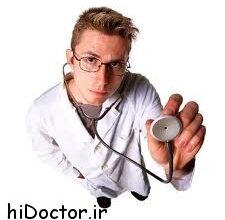