What is obesity surgery?

Obesity surgery, also known as weight loss surgery, deals with a wide range of procedures that physically alter the structure of the body to reduce the amount of food consumed or absorbed.

Ringing in the stomach: They use vertical curling to reduce the volume of the stomach.

Laparoscopic gastric regulatorAn adjustable ring is placed around the upper abdomen to create a small bag for food storage.

Sleeve gastronomy (Stomach sleeve): Surgery removes about 80 percent of the stomach and creates a tubular stomach that does the work of the stomach.

There is also a stage called malabsorption. This reduces the length of the short operation period and includes methods such as bypassing the jejunostomy, which were mainly performed in the 1960s and 1970s. This surgery involves moving about 90 percent of the small intestine to reduce the absorption of short nutrients; But due to severe malnutrition and death, it is no longer done.

Another screening method is biliary diversion, in which parts of the stomach are surgically removed. The remaining small sac is attached directly to the end of the small intestine and completely bypasses the upper part of the small intestine. It remains a common canal in which digestive acid, bile and pancreas are mixed before entering the large intestine. With these methods, weight loss occurs because most of the calories and nutrients, although they enter the intestine, are not absorbed.

Finally, due to the limitations of each method, they can be combined and used together. One of these methods is gastric bypass, the upper part of which is the stomach and a small bag of stomach that limits the amount of consumption. The sac then attaches directly to the part of the small intestine that passes through the rest of the stomach and the upper part of the small intestine, which absorbs the most nutrients.

Gastric bypass surgery is one of the most common obesity procedures in the United States today. 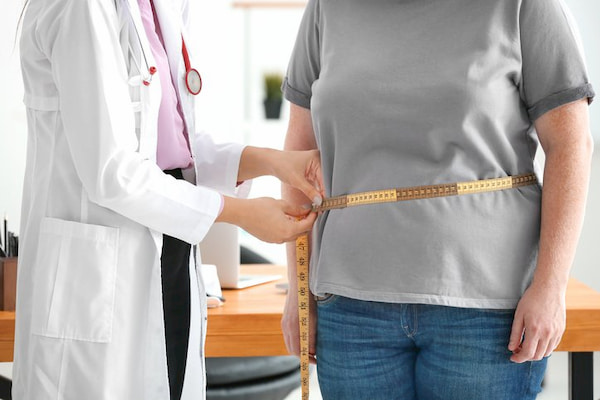 If you have an eating disorder and are undergoing gastric surgery, you should know that surgery is unlikely to solve the problem and may even make it worse, and it does not cause permanent weight loss.

People who undergo bariatric surgery should be aware that this surgery is one of the most costly specialized procedures, so the doctors who perform this surgery have a special interest in encouraging patients to perform it. They may not prepare the patient for some side effects.

Critics say that bariatric surgery is only a permissible diet – various techniques are designed to reduce the stomach’s capacity to store food or damage your body so that it can absorb many nutrients. In short, this is induced malnutrition. Nutritional deficiencies are common after surgery.

Death is another possibility. The reported mortality rate for people undergoing obesity surgery is 5% of patients who die within a year. Research has shown that there are no reports of deaths from gastric surgery and that there are other causes. Other complications are possible and involve all body systems. 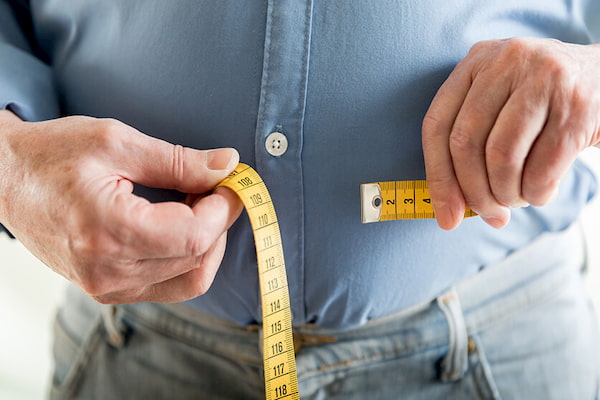 Most research on bariatric surgery focuses on the results of the first year after surgery because information about long-term outcomes is limited. Most studies report successful outcomes in less than 80% of patients, and some may be excluded from the study due to unfavorable and embarrassing results. Studies are performed shortly after surgery.

As noted in one review, these issues have been reported significantly from the results: If the follow-up is incomplete, there are significant risks to achieving optimistic results about the impact of the weight loss intervention. Due to incomplete follow-up, most surgical researches are such that they may report overly optimistic estimates of the effects of the operation.

A significant number of people who undergo bariatric surgery do not achieve the desired weight loss.

In addition, patients who lose less weight or who gain weight are less likely to receive follow-up care, and some data is more likely to be deleted.

Emerging data suggest that surgery may be medically unavoidable only for medical reasons, but it is suitable for treatment, and this weight may be gradually regained. After surgery, patients are generally the same size as they were before surgery, and their health outcomes may not have improved significantly.

Some people may never be able to eat regularly or may limit themselves to small amounts and should always avoid certain foods.

Research shows that eating disorders and eating behaviors are common in people with obesity surgery. Existing abnormalities can affect surgical outcomes. Unfortunately, researchers believe that eating disorders minimize suspicious eating behaviors or give patients less attention to choose these methods. These patients may fear that if they admit to eating too much, they will not be approved for surgery.

Estimates of the prevalence of eating disorders and obesity surgery vary widely using different criteria and assessment methods. But the range is between 4 and 49 percent. However, this statistic may not be accurate. It is not clear how many patients who have undergone bariatric surgery may have other eating disorders, including anorexia nervosa, as these symptoms are often overlooked in older people. 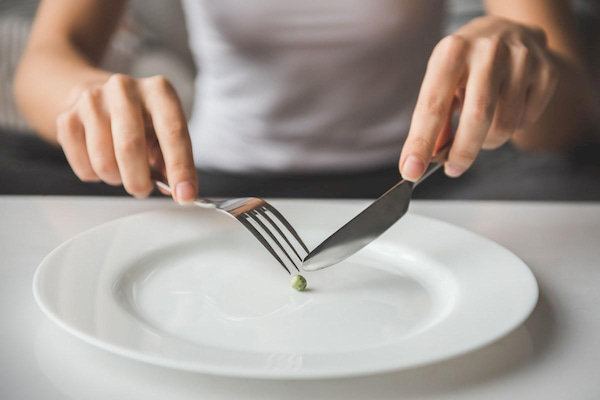 The effect of eating disorders on the results of obesity surgery

The fact that eating disorders affect the success of obesity surgery is mentioned for some of the above reasons. Some studies show that the diagnosis of eating disorder before surgery is associated with its symptoms after surgery and weight loss or greater efficiency.

Unfortunately, patients with pre-surgery eating disorders may not be evaluated enough to be treated.

Individual obesity surgery programs use their own assessment methods. There is no universally accepted or recommended action. Most obesity surgery criteria focus on a patient with more than a certain size measured on body mass index. Therefore, the symptoms of an eating disorder may not be adequately assessed.

Eating disorders after obesity surgery have been reported to be difficult to assess. Complications of surgery can include medical problems and symptoms that can mimic eating behaviors or symptoms of eating disorders, such as vomiting, constipation, and loss of appetite. Other symptoms associated with surgery can lead patients to compensatory behaviors to relieve discomfort due to overeating or food that is difficult to digest. Obesity surgery patients experience anatomical and physiological changes that significantly alter their diet and nutrition. 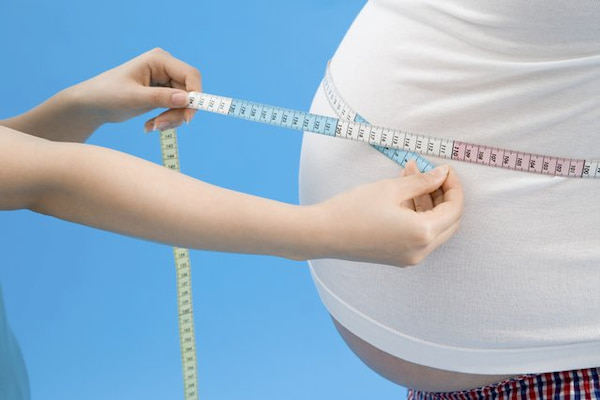 However, the experience of inability to control eating or “loss of control of eating” compared to smaller amounts of food is commonly reported among patients after surgery. Evidence suggests that the experience of losing control, regardless of the amount of food, may be an important feature of eating.

Loss of eating control is common among obese patients. It is found in 13 to 61% of patients before surgery and in 17 to 39% of patients after surgery.

Cardiovascular complications have been reported after bariatric surgery. Similarly, the rate of endorex failure has not been reported before surgery (and is often not diagnosed in patients with larger bodies), but among obese surgery patients, there have been numerous reports of patients with atypical anorexia.

This refers to people who meet all the criteria for congestive heart failure. This evidence shows that people’s bodies are naturally diverse and that losing a lot of weight can be harmful.

Night eating syndrome is now classified as another type of malnutrition or eating disorder identified in the DSM-5, and a person is disturbed when night waking occurs. Obesity has also been reported in patients after surgery and its prevalence is from 2 to 18%.

Obesity surgery patients should consider changing their eating behavior after surgery. They should limit their food intake and eat less. They are asked to follow strict schedules, weigh and measure their food, and avoid certain foods. In the general population, these precise behaviors are often recognized as signs of eating disorders.

Even when this does not happen on its own, patients may learn to do it on purpose, and acknowledge that I believe I can control my weight. However, repeated vomiting causes electrolyte disturbances and in some cases causes cardiac arrhythmias and sudden death. 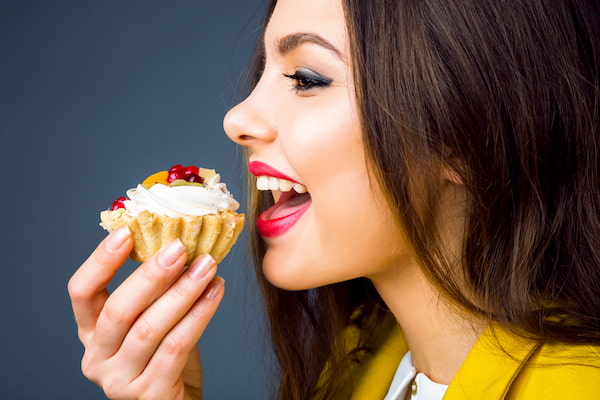 What is Dumping Syndrome?

For many patients, postoperative dumping syndrome occurs when a contraction occurs after eating sweets or large amounts of food. Patients often complain of dizziness and sweating after eating high blood sugar or eating large meals. This is very uncomfortable and is accompanied by extreme fatigue. Dumping is a type of surgery that is sometimes intentionally used to lose weight or compensate for food.

Eating less but constantly is a new behavior. To repeat, you should eat twice at the same time during the day (for example, in the morning). There are two types of malnutrition: compulsory and non-compulsory. Low but persistent eating on the one hand distinguishes the portions of food eaten with the amount eaten and on the other hand the loss of food control due to lack of a limited period of time.

Eating less can be a natural response to the reverse capacity of the stomach because a person may not be able to consume the food they need.

It is estimated that 47% of patients develop malnutrition after surgery. Some patients may also become accustomed to chewing and spitting food.

Wrinkling of the skin:

Wrinkles Peeling of the skin, which is common after surgery, can increase the body’s dissatisfaction. A cruel factor in mood is that dissatisfaction with body size before surgery may decrease but has been replaced by concerns about skin wrinkles. 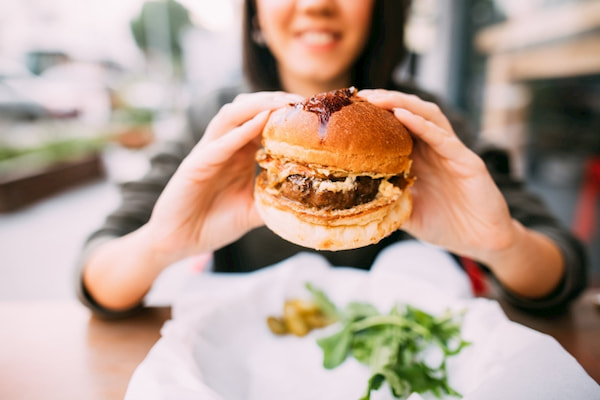 Loss of eating control, eating and drinking disorders are both associated with weight loss and psychological and social problems. Unfortunately, psychological support after surgery is not uniform.

People with larger body masses may feel frustrated and undergo surgeries in the hope of improving their health. In fact, stigma and judgment against normal obese people. Doctors often recommend surgery. However, people who are exposed to high-risk measures suffer from serious medical complications and often suffer from dissatisfaction with their body size. Patients should be aware of the potential risks.

Psoriasis treatments and how to get rid of it

Benefits of lemon juice for skin and skin diseases 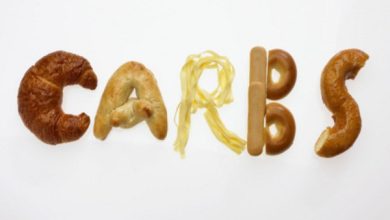 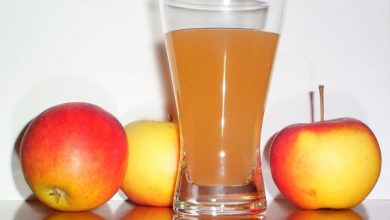 Cleanse the organism with apples once a month 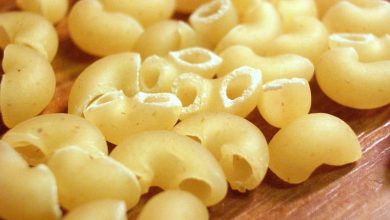 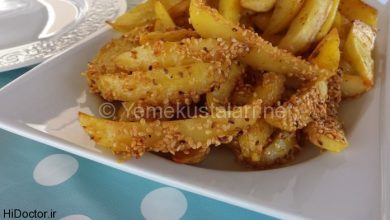 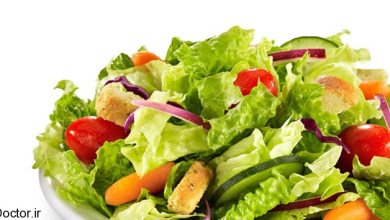 Definition of salad and its categories