Shrimp is a very tasty and popular seafood that in addition to having a wonderful taste as one of the high quality and healthy foods that its regular consumption can reduce heart disease and reduce the risk of diseases such as cancer. .

Shrimp (Shrimp) Shrimp (Shrimp) is a very rich seafood, improves brain function, prevents Alzheimer’s, fight cancer and improves mood. Shrimp is a very rich seafood, its properties and benefits are relative It has more fish properties and has a high nutritional value. Shrimp is very low in calories and is a good food for obese people. The protein in shrimp is the main ingredient, as well as the omega-3 acids in shrimp, which are unsaturated fatty acids, are very useful for the health of the body and reduce the risk of heart disease in the body. Fats are also essential components for brain cell membranes and eye tissue. Another property of shrimp is to strengthen the body’s immune system. Shrimp prevents the risk of chronic bronchitis and arthritis due to its anti-inflammatory properties. In the following, some of the healing properties of shrimp have been collected.

Shrimp is a species of aquatic crustacean found in most of the world’s waters, including saltwater and freshwater. Shrimp is a food source for marine life. Shrimp is one of the most delicious and nutritious seafood, along with a variety of fish can be a good alternative to red meat.

One of the most important properties of shrimp is its effect on brain function and increase learning power. Researchers have shown that eating weekly shrimp and other seafood can help prevent Alzheimer’s disease and dementia in old age. In fact, the fatty acids in this food are effective in reducing inflammatory damage to the brain. One of the properties of shrimp is to help lower blood pressure. Shrimp is a useful food for patients with high blood pressure, if cooked with low oil and salt. Shrimp is useful for anemia, its consumption is useful for pregnant women. Protein in shrimp, like other marine animals such as tilapia, Due to the lack of connective tissue, it is easily digested and for groups of people such as the elderly who have difficulty chewing and digesting food, this food is a good option. Shrimp is rich in B vitamins, so it is used to treat depression. It is very useful in improving mood. Consumption of shrimp is effective in preventing cancer due to its salts, especially selenium. Another important antioxidant in shrimp is called acetaxanthin, which provides the primary pigment in shrimp. It has been shown to help reduce inflammation, which is an important cause of aging and disease. Other properties of shrimp help improve thyroid function. 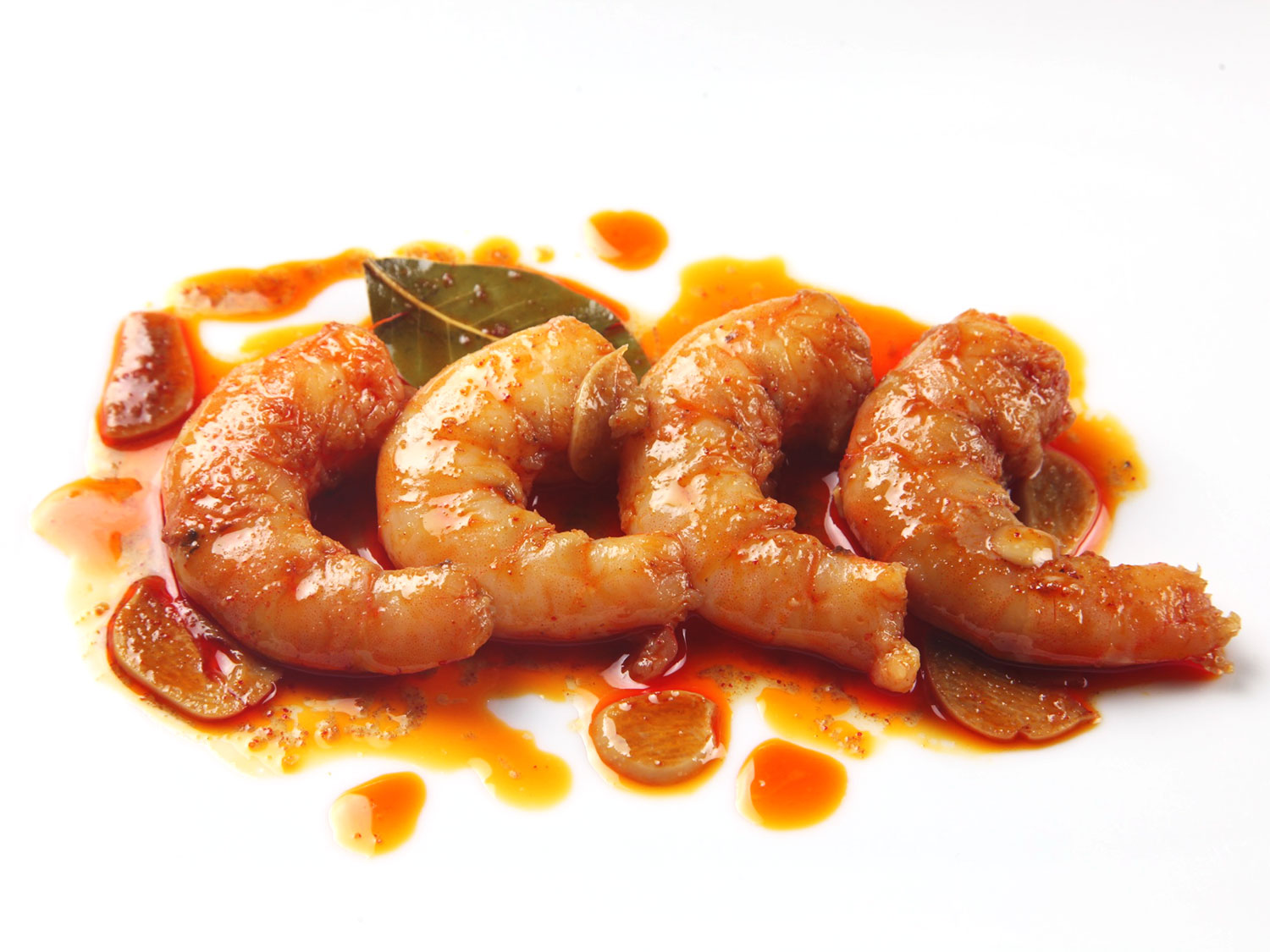 The nutritional value of shrimp

Shrimp is a rich source of omega-3 and omega-6 essential proteins and fatty acids for the body. The minerals and vitamins in this beneficial nutrient include the minerals selenium, iron, zinc, phosphorus and magnesium, as well as vitamins such as vitamin D and B vitamins. It is interesting to know that shrimp has more calcium, iron, zinc, magnesium and phosphorus than other aquifers, and therefore its nutritional value is much higher. 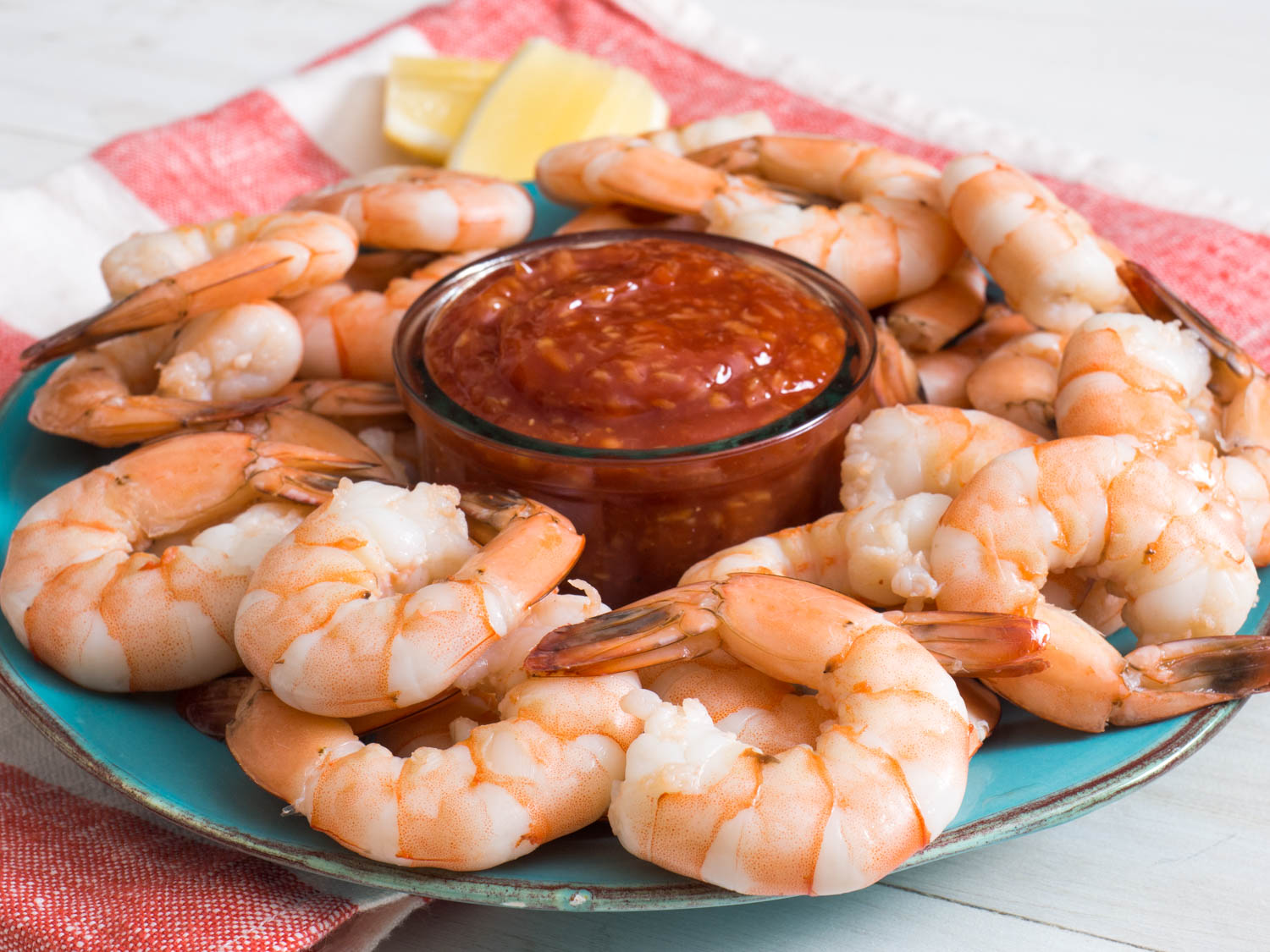 Side effects of shrimp (medical advice and contraindications)

It is recommended that patients who have high cholesterol or are under medical control avoid excessive consumption of shrimp. Shrimp contains substances called purines that can be converted to uric acid in the body. For this reason, it is best for kidney patients or people with gout to limit or avoid eating shrimp. It has been observed that some people have mild allergic reactions to shrimp, which may include nasal congestion, itchy skin, Heartburn, abdominal pain and nausea. So when preparing it, buy it from safe places.
Source / Star

The need for protein intake for dialysis patients