We have told you many times about the side effects of this drink and we have encouraged you to avoid drinking it. Consuming this drink has no benefit except harming your body and it is better to look for a healthy substitute for it.

Most people like to eat another food as a garnish with their food; From soft drinks to yogurt, buttermilk and pickles! Soft drink, which has no place in our discussion due to its harmful effects, and it is better to remove it from your shopping cart (of course, if it has a place in it) as soon as possible! With this account, yogurt, buttermilk and kefir remain as healthy seasonings.

Researchers of nutrition science believe that the reason for the increase in diseases in today’s lives is that in the past, people used to eat vegetables and other natural and homemade drinks such as water and local buttermilk on the table, but today these natural drinks have replaced They have given themselves to all kinds of carbonated drinks containing essential oils, which have put colorful masks of flavors on their faces to cover their diseases and harms.

This change in the way of life has caused people to consume these drinks so much that it is as if they are one step closer to death by taking every sip of it. But if they know how these apparently delicious foods kills them and causes them to suffer from all kinds of diseases at a young age, maybe with thousands of excuses they are not willing to consume even a drop of it.

Research has shown that all types of carbonated drinks (soda) aggravate diseases such as osteoporosis, obesity, tooth decay and heart diseases. But with all this, a quarter of the annual consumption of drinks is soda. Today, the average consumption of non-alcoholic and carbonated drinks (soda) is very high. Each can of soda is equivalent to 10 spoons of sugar, 150 calories and 30-55 mg of caffeine and is full of artificial colors. This amount of sugar, calories and harmful additives in a product that has no nutritional value is alarming. In addition, teenagers and children are the main consumers of these drinks.

That time when the head sacrifices the stomach!

Dr. Payam Farah Bakhsh, a nutritionist, says about how to cause osteoporosis by drinking carbonated drinks: Carbonated drinks, including soft drinks and malted water, as well as energy drinks and carbonated buttermilk, contain a lot of phosphorus due to the carbonated water they contain. Are. Therefore, people who have the habit of consuming these drinks, usually the ratio of calcium to phosphorus in their body is not balanced, that is, the amount of phosphorus intake exceeds calcium, and this leads to the excretion of excess phosphorus along with calcium from the body, so a person in the long term It leads to osteoporosis, because calcium is considered the most important member of the solute in the bone structure.

The philosophy of Iranians’ interest in this original drink

Iranians like salt. The standard consumption of salt below six grams per day is recommended, but the consumption of salt in Iran is three times the world standard consumption. Meanwhile, by reducing the consumption of this substance, 17% of heart diseases and 50% of blood pressure are reduced. Now consider that in a one and a half liter bottle of buttermilk, about one tablespoon of salt is added, and most of them add more salt than what people like in order to make the buttermilk have a significant taste and long shelf life. In addition to salt, adding carbon dioxide to this food is also a source of other harm that threatens the consumers of all carbonated drinks.

This expert believes: buttermilk is a traditional and healthy drink that unfortunately loses a lot of its properties when it is used in carbonated form. Therefore, buttermilk without gas can be a suitable drink to replace soft drinks. The Ministry of Health has also banned the consumption of these carbonated drinks and considers them to be devoid of any effective ingredients. As far as the harmful effects of these drinks are not hidden from anyone and they are no longer advertised in the media as in the past.

For a long time, humans have been looking for various drinks with different flavors other than water, as we come from the past to the present time, we see a great variety of drinks, as with the progress of the industry, these drinks have come to the market with different hygienic packages with a long shelf life. And it has been made available to the people, and with this variety, it increases the right to choose for the people. But the hot market of these drinks cannot give a positive response to both diversification and guaranteeing people’s health.

Regarding kefir buttermilk, Farah Bakhsh said: kefir buttermilk is the same milk that has turned into buttermilk during the fermentation process, which is one of the authentic drinks of the Caucasian people, and later spread to other parts of the country with different cultures. Research shows that Having useful and antibacterial substances, kefir increases the body’s resistance against seasonal diseases such as colds and flu, which is due to the strengthening of the body’s immune system due to the presence of a substance called probiotics, especially a substance called kefir lactobacillus, which is specific to kefir. is.

Have fun and don’t get cancer!!!

Regarding the effect of the ingredients in kefir buttermilk, which can prevent many diseases, this expert said: Probiophytes in kefir fight against infections such as Bacillus and stomach bacteria called Helicobacter pylori. In addition, the lactic acid present in kefir is useful for eliminating fungi and toxins caused by it. Also, kefir is considered as an anti-cancer substance, especially breast cancer in women. Therefore, we recommend that people drink a glass of kefir buttermilk daily.

He added: On the other hand, because kefir buttermilk contains calcium, it is very effective in preventing high blood pressure and reducing cardiovascular diseases. Also, due to the presence of an amino acid called Tiriptofan, which is a precursor of the serotonin hormone, it causes relaxation and happiness in people. One of the most important properties of kefir is that it suppresses allergies and sensitivities. By regulating the amount of beneficial microbes in the digestive system, kefir helps to keep the skin and hair healthy and fresh.

Ashe Dogh reminds us of traveling through Sareen and Tabriz passes. Especially in autumn and winter, when the weather gets colder, eating Ash Dogh doubles the pleasure of traveling, but many people do not know that Ash Dogh is also served in other provinces such as Kurdistan, Fars, Hamedan and Qazvin in addition to Azerbaijan and Ardabil. The method prepares itself. Buttermilk, this authentic drink, along with other foods, multiplies the properties of this delicious food. Since ancient times, the people of Ardabil and Sarein regions believed that by eating this food, youth power is strengthened in the person and increases the strength of the body, and also this food is considered a complete food for pregnant and lactating mothers.

You must say no to this natural need of the body

Dr. Seyyed Mahmoud Ishaq Hosseini, gastroenterology specialist, said about the effect of carbonated drinks on the digestive system: soft drinks are a natural need of the body, and it can be said that it is a necessary but not sufficient food for the body, which contains known and unknown gases, directly and Indirectly affects the digestive system.

He emphasized: This drink has no properties other than harm to the body, because it increases the amount of stomach acid and as a result increases the amount of gastric reflex, so the best drink is water, which we should drink 8 glasses of water during the day. People who use carbonated drinks usually suffer from indigestion, so consumption of these drinks in children causes growth to stop or decrease.

In addition to the fact that carbonated drinks contain gas, they cause osteoporosis, reduced height growth, skin and hair problems, digestive system and many other diseases. Due to a lot of sugar in soft drinks and a lot of salt in buttermilk and some essential oils, it can cause serious risks for a person, so to ensure health and have a long life away from illness and staying at home, it is better to avoid drinking these drinks. .

A report by Mitra Pourramzan

Investigating factors that cause cancer in the stomach 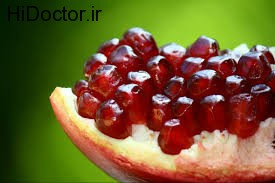