Halloween is just around the corner, and that means an influx of chocolate and candy in all grocery stores alike. But what’s the story behind these products? Do you ever think of how they are made? Or perhaps where they come from?

Well, to put it bluntly, a lot of the chocolate you eat is fuelled by child slave labor in West Africa – home to two-thirds of the world’s cacao beans. Voting with your dollar to stop supporting the companies that use child slave labour is the first step to boycotting these companies.

Since exposure, the chocolate industry has become increasingly secretive. They don’t want anyone to know the truth behind their ways, and so access to these farms has become near impossible to get into. In 2004, a journalist reporting on government corruption in the cocoa industry, was kidnapped and killed by the Ivorian First Lady’s entourage. Exposure over the cocoa sector had three newspaper journalists detained by Ivorian government authorities. 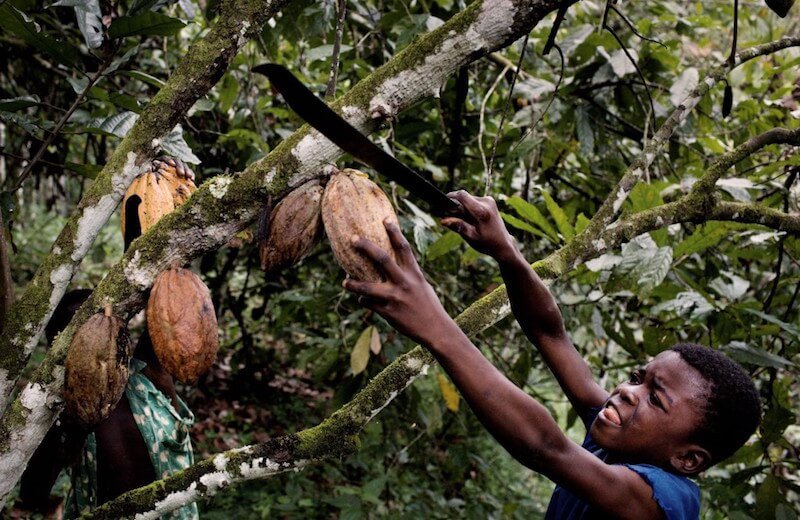 The companies supplied by these cocoa farms, such as Hershey’s, Nestlé, and Mars, directly support the use of children as slaves, labourers, and the trafficking of children into these trades. In fact, children as young as 5 years old (including and up to 15 years of age), are the ones producing the chocolate most people eat today (including and not limited to Kit Kat, Reese’s, Coffee Crisp, Aero, M&M’s, MilkyWay and Butterfinger).

A slave who escaped from a cocoa farm was interviewed (as shown in the documentary below), and asked: “what would you say to Westerners who still eat chocolate?” and the former slave said, “when they are eating chocolate, they are eating my flesh.”

Children are either purchased from their parents, or are outright stolen. They work from dawn until dusk each day, and are stripped naked, tied up, and beaten every evening. They are then locked in a shed at night, where they are given a tin cup to urinate. This is not right – and we cannot continue supporting the companies that enslave children to work under these conditions. 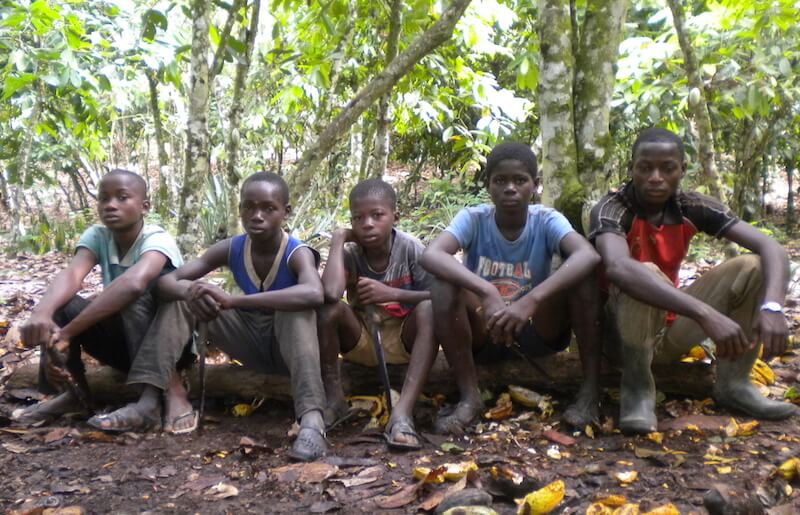 To help you avoid supporting slavery, here are 9 chocolate companies that exploit child slaves and benefit from child labour:

Here is a great documentary exposing the dark side of chocolate:

If you’re looking for halloween treats to hand out, or simply want to eat some chocolate that doesn’t exploit child slave labour in West Africa, check out this list from foodispower.org.