UPDATE, AUGUST 08, 2018: This story was originally published on July 27th, 2018. It has been updated with information about J35 and the death of her calf.

A grieving mother orca whale continues to carry her dead calf off the coast of Victoria, British Columbia.

J35, a member of the critically endangered southern resident family of orcas, gave birth to her calf Tuesday July 24th, only to watch it die within half an hour. August 8th was the 16th day she was seen pushing her baby to the water’s surface, carrying the dead calf on her head as her pod followed close by.

“It is unbelievably sad,” Brad Hanson, wildlife biologist at the Northwest Fisheries Science Center, told The Seattle Times. “It reflects the very strong bonds these animals have, and as a parent, you can only imagine what kinds of emotional stress these animals must be under, having these events happen.”

According to Ken Balcomb of the Center for Whale Research, the mourning mother could keep pushing her dead calf for up to a week (1). Each day, she swims around 60 to 70 miles, all while working to keep her baby’s 400-pound body afloat.

The grieving mother orca’s dedication is a wake up call (and testament) that all animals (particularly social ones) form strong bonds with their offspring and other family members.

Deborah Giles, a killer whale biologist with the University Washington Center for Conservation Biology, told The Washington Post, “It’s real, and it’s raw…It’s obvious what’s happening. You cannot interpret it any other way. This is an animal that is grieving for its dead baby, and she doesn’t want to let it go. She’s not ready.”

As with any living being, human or animal, grieving the loss of a child takes time. “That’s part of what people are picking up on,” Giles said. “[People are saying] ‘If I had a baby that only took a couple breaths, I wouldn’t want to let it go, either.’”

This type of grieving behavior is not unique to killer whales. Indo-Pacific bottlenose dolphins and sperm whales have also exhibited similar behavior (2).

A clip from Blue Planet II also shows how a mother pilot whale grieves over her dead calf.

On land, chimpanzees are known to carry around their dead babies, crows hold funerals for their dead, and elephants return again and again to the body of a dead companion (3).

The findings that animals feel emotion (such as those found in whales, giraffes, chimps, elephants, pigs, cows, and so on), strike up the question of how human beings should be treating other non-human animals (given we have such a huge impact on their environment and lives).

The documentary, Black Fish, shows one clip of the time when Sea World separated a mother orca and her child. The mother, completely distraught, was “screaming” for days in her enclosure, making noises that indicated she was searching and looking for her baby in a desperate attempt to get her back. Of course, Sea World didn’t return the baby, and instead shipped them off to a different location.

While many individuals believe that animals are simply robots with no consciousness or emotion, perhaps this is just a thought that has been fed to us through the colonized mindset. An excellent article on how animals think and feel, written by Simon Worrall, brings to light some of the questions surrounding animals and consciousness.

“It is incredible to me there is still a debate over whether animals are conscious and even a debate over whether human beings can know animals are conscious. If you watch mammals or even birds, you will see how they respond to the world. They play. They act frightened when there’s danger. They relax when things are good. It seems illogical for us to think that animals might not be having a conscious mental experience of play, sleep, fear or love.” Says Worrall.

Putting animal emotions and consciousness aside, there is a deeper reason for why whale calf deaths might be a sign of something terribly wrong in our environment.

According to Balcomb, habitat degradation, over-fishing and toxic waste in rivers (for example, from oil spills and other chemical by-products from different sectors) are disturbing the once abundant salmon populations, the whale’s main source of food. Food shortages like this disturb the whales’ normal breeding cycles (4).

“They should be having nine babies a year — anywhere from six to nine babies a year,” Balcomb told ABC News, expressing that the mother orca had not calved in three years, and before that, had several each year – but half of the offspring did not survive.

Balcomb suggests that the government should be taking serious and immediate action to ensure the whales have enough food. This could include opting out of new pipeline expansions, which are a detriment to the environment, and restoring wild salmon populations by banning fish farms, which infect wild salmon stock with sea lice.

“[The government] should immediately change policy to emphasize recovery of wild natural salmon everywhere in their provinces and states,” Balcomb said. “The management for salmon has been primary for human benefit and commerce,” he said, adding that it can take from three to four years to restore salmon stocks sufficient to feed the whales.

Balcomb also made note that the whales are “very skinny” and that they’re not getting enough food. As a result, no newborns are surviving. Even the youngest surviving whale of the pod (four years), Balcomb suggests, will likely not live into September due to its decline in health.

Balcomb predicts that by 2100, the natural salmon will all be extinct, and the whales probably extinct much sooner. “The mountains and the rivers, and oceans are not just for making money,” Balcomb said. “They are for animals to live in (5).”

15 Best Natural Antibiotics That Should Be in Every Home 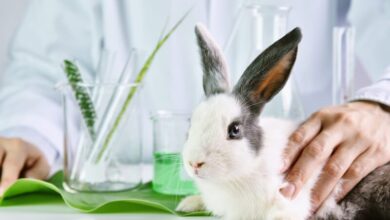