If you go to an endocrinologist’s office and do a little research, you will find that 80% of clients have come in for sexual problems and infertility due to diabetes, thyroid problems, hormonal disorders, and so on. Young women who have infertility due to hypothyroidism, or due to diabetes and insignificance, their ovaries have failed and menopause, or middle-aged men

Who have suffered from erectile dysfunction and decreased sexual potency due to carelessness in the treatment of diabetes. If you have recently had problems in your marital relationship and are worried about endocrine diseases, do not miss the words of Dr. Saeed Kalbasi, endocrinologist and assistant professor at Shahid Beheshti University of Medical Sciences.

Everything is dominated by the pituitary gland and hypothalamus!

The issue of sexual desire and fertility is not just about the sexual organs, it is true that the main organs are the gonads (in women the ovaries and in men the testicles) but sexual health is related to other factors as well. The sex glands in the human body are controlled by the anterior pituitary gland, and the anterior pituitary gland itself is monitored by the hypothalamus, so the hypothalamic axis, anterior pituitary, and genitals must function properly to produce sex hormones in a woman’s body (estrogen and progesterone) and in a man’s body. (Testosterone) to be secreted enough. In this way, sperm are produced in the male body and these sperms go through the stages of growth and become mature and fertile sperm. On the other hand, the ovaries release a healthy egg in a woman’s body, then during the fertilization process, the sperm and the egg come together to form an egg cell, and then they begin to divide and differentiate.

There are many different factors that can affect sexual potency, secondary sexual characteristics and fertility. First of all, all diseases that affect the gonads (ovaries and testicles) can cause damage to fertility. For example, chemotherapy affects the issue of sex hormones in both women and men. Also, people who are exposed to radiation, such as those who have been in nuclear or atomic bombings, and people who receive radiotherapy for malignant diseases, may have sex cell disorders.

Diabetes has two major complications; One is a vascular complication and the other is a neurological complication. Both of these problems, both vascular and neuropathic, can cause impotence and infertility, so in people with diabetes, blood sugar should be well controlled because it has been shown to control blood sugar as well as prevent ocular and renal complications. prevents. In addition, the hormones of these people, both women and men, should be monitored regularly. In this way, sexual dysfunction can be prevented by controlling diabetes and avoiding depression.

In the past, infectious diseases such as mumps caused enlargement of the parotid glands and in some stages testicular involvement in boys and was one of the most common causes of infertility in men, but today with the prescription of some drugs, this damage can be largely prevented. The next issue is trauma and trauma; For example, people who hit their testicles during strenuous exercise may suffer from impotence. On the other hand, tumors and anatomical diseases such as varicocele and the presence of veins around the testicles can affect sexual ability. However, the percentage of testicular and ovarian tumors is significantly increasing, and both these tumors and their treatment (erectomy or resection and oophorectomy or removal of the ovary) can cause infertility. 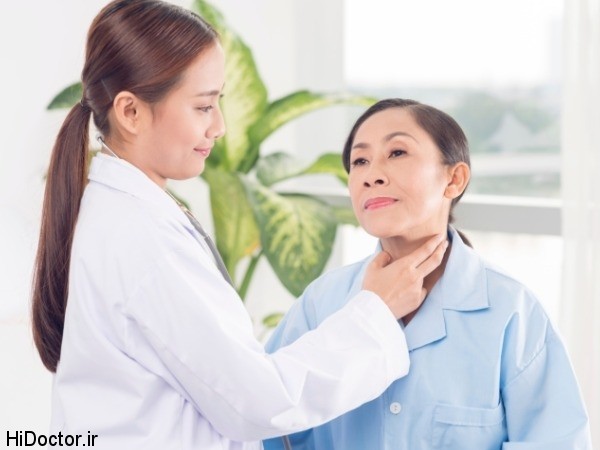 Medications are not harmless either!

Many medications, such as neuroleptics, antipsychotics, sedatives, hypnotics such as diazepam and oxazepam, stomach upset medications, and blood pressure medications, can all increase prolactin (secreted by the anterior pituitary gland) and inhibit gonadal activity. In addition, some genetic diseases, such as Turner syndrome in women who do not have an X chromosome and are 45 XO, and Klein-Felter syndrome in men who have an extra X chromosome and are XXY, can cause the disappearance or disappearance of secondary sexual characteristics and Be infertile. Diseases of the pituitary and hypothalamus can also affect the gonads.

The list of diseases and drugs that affect sexual ability is very long. In general, in the first clinical treatment of people with impotence, some common diseases should be considered and ruled out, one of the most important of which is thyroid disorders. Hypothyroidism and hyperthyroidism can both affect sexual desire and strength, as well as fertility. In fact, it is estimated that five percent of the causes of infertility in women are thyroid. These disorders can be diagnosed with a simple TSH test. Another issue affecting sexual ability is the level of the hormone prolactin, which rises due to chronic kidney failure, liver cirrhosis, the use of neuroleptics, and so on. In this regard, a simple hormonal test for FSH and LH in both men and women can determine whether the problem is in the gland itself (testicles or ovaries) or the pituitary gland.

Risk of premature menopause in diabetes

Chronic diseases such as diabetes generally reduce sexual desire and strength, especially in diabetics because the activity of the body’s defense cells decreases and the risk of infection increases, and the infection itself sometimes causes sexual problems.

In addition, most studies have shown that diabetes reduces sex hormones. Many women with diabetes develop menopause and ovarian failure very quickly due to a lack of proper control of their blood sugar, especially in type 1 diabetes, which is a type of immune disorder. On the other hand, taking diabetes medications can cause some sexual problems. Diabetic depression also reduces sexual ability.

A complication that should be taken seriously

Unfortunately, people with diabetes who suffer from vascular problems, especially men, experience sexual problems and erectile dysfunction. Their genitals are also affected, so people should not allow their diabetes to progress so much that it leads to irreversible complications. But the complications of depression, hormones, and some neuropathic complications can be treated.

The prostate is an exocrine gland that secretes its secretions out of the body. In fact, the prostate is a seminal fluid that is essential for pregnancy. Diabetes does not directly affect the prostate, but if a person does not control their blood sugar properly, they can get an infection, and one of the areas that gets infected is the prostate.

Maybe your mood is a problem!

The issue of sexual desire and power and the issue of infertility are two factors that are sometimes seen together and sometimes separately; For example, a person may have zero sexual desire due to mental health problems and depression, but he or she may not have any hormonal, sperm, or egg problems when testing. So the issue of sexual desire is often related to psychological issues, and if a person treats his mental illness, either with medication or under the supervision of a psychiatrist or without medication, his sexual power will return.

Which doctor should we go to ?!

The difference between dango fever and malaria fever

Hyperactive children should not eat these foods