Although Ray’s syndrome It can happen at any age, but it is more common in people 18 and younger. This syndrome is very common especially in children aged 4-12 years. Ray’s syndrome named after the Australian pathologist “Douglas Ray” It is called that he first reported cases of the disease in 1963. The exact cause Ray’s syndrome is unknown; But research shows that there is a connection between disease conditions and aspirin use.

As mentioned, the cause of this syndrome is unknown and there is no known treatment for it. However, its most common side effects have been seen in children and adolescents suffering from viral infections (for example, in colds, influenza, and chicken pox). Ray’s syndrome cases are seen more in the winter months than in other seasons. If the disease occurs, the abnormal amount of fat in the liver increases; In a way that increases the pressure on the brain and if not treated, it can cause death within a few days or even a few hours.

Diagnosing Reye’s syndrome is an exception; So that all other reasons have been eliminated before making a decision about this syndrome, and the only one that remains is “Ray’s syndrome” will be. However, some inherited metabolic disorders also produce symptoms similar to those of Reye’s syndrome. The International Aspirin Foundation has estimated that this rate is about 10-20% of all previous samples have this condition.

However, due to the connection between aspirin and Reye’s syndrome, aspirin should never be used to treat viral diseases such as influenza or chicken pox; Of course, it can be used for children and teenagers, except in special cases and only with a doctor’s prescription.

2- Symptoms and side effects of Reye’s syndrome

The symptoms of this syndrome usually appear in the first few days after recovery from the viral disease. The National Reye Syndrome Foundation has divided the symptoms into four stages. Although they emphasize that these signs often do not follow a pattern in infants:

– Signs of the first stage:

– Signs of the third stage:

Annually in the United States less than 20 cases of Ray’s syndrome It is reported; But despite this small amount, due to its intensity and severity, it is very important to be aware of its signs. Reye’s syndrome also has symptoms similar to many other conditions; As a result, a second opinion is sometimes needed to rule out a diagnosis of Reye’s syndrome.

Other conditions that have symptoms similar to this syndrome include:

Ray’s syndrome It can be fatal; Any person who is suspected of having the symptoms of this syndrome in himself or his child should immediately contact the medical care centers. In such cases, it should be remembered that “Early diagnosis is the key to successful treatment”. Signs to watch out for include persistent vomiting, behavioral changes, and severe fatigue, especially right after contracting a viral illness.

4- Risk factors with the onset of Reye’s syndrome

There are various risk factors that are associated with the onset of Reye’s syndrome:

Research shows that there is a connection between Reye’s syndrome and the use of aspirin due to viral diseases such as influenza or chicken pox. Although the connections are not definitive, the US Surgeon General, the Food and Drug Administration, the Centers for Disease Control and Prevention, the American Academy of Pediatrics, and the National Ray’s syndrome All recommend that aspirin should not be given to people under the age of 19 who have a fever or symptoms of a viral illness. Aspirin is also found in many medications, including antidepressants. So always talk to your doctor or pharmacist before taking any medication.

chicken pox It is a highly contagious viral disease that usually lasts about 5-10 days. Its symptoms include skin rashes in the form of fluid-filled blisters that gradually fill up all over the body and then turn into scars. Most children with chicken pox recover completely; But in people with weak immune system, this disease is dangerous. These people are at high risk of developing Reye’s syndrome right after they recover from chicken pox, and as a result, aspirin should not be prescribed for them. 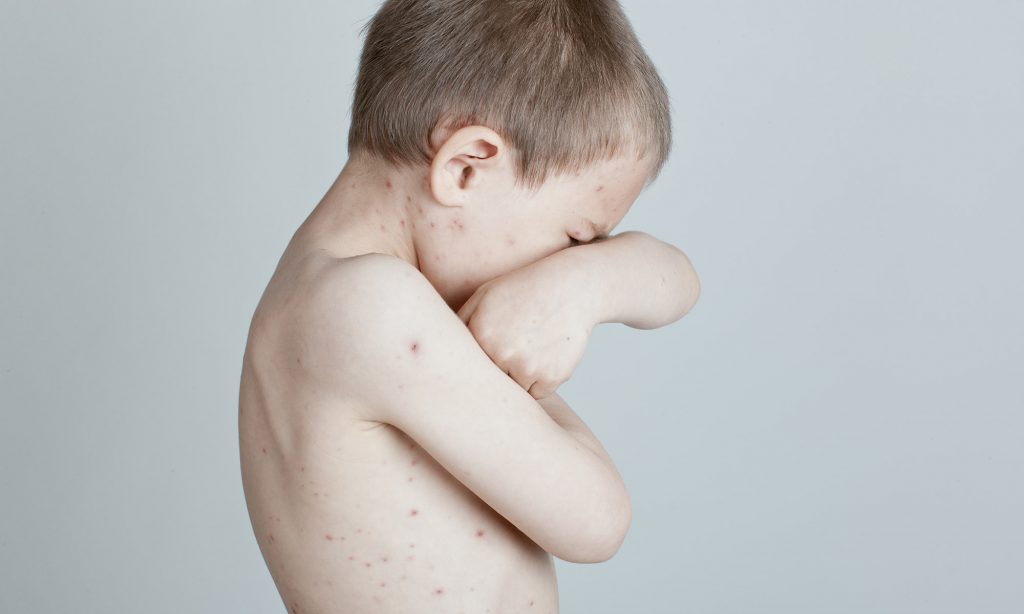 There is no known cure for Reye’s syndrome. However, early diagnosis and successful control can prevent severe complications such as brain damage or cardiac arrest. Anyone diagnosed with Reye’s syndrome should be immediately admitted and monitored in the intensive care unit (ICU). The goal of treatment is to support the functions of the vital organs of the body, such as breathing and blood circulation. Also, protecting the brain from permanent damage caused by swelling is one of the treatment goals. Even without treatment, supporting the individual’s body is the key to a successful outcome, this can include using the following:

The use of electrolytes and fluids will keep the body hydrated and maintain body salt, glucose and nutrient levels in the body.

This includes medicine to remove excess fluid from the body, such as swelling around the brain.

This will reduce ammonia levels in the body.

These drugs help control seizures that may occur.

The use of these ventilators may be necessary when breathing problems occur.

The survival rate of patients Ray’s syndrome It has improved in recent years and is now around 80%. Early diagnosis and treatment is the key to a complete cure. With late diagnosis, sometimes the disease leads to permanent brain damage and disability. People who fall into a coma have little chance of survival. Other long-term problems associated with Reye’s syndrome include:

Ray’s syndrome It is very rare; But when it happens, it can be fatal. The condition must be differentiated from other diseases that have similar symptoms. Early diagnosis is essential to prevent long-term health damage or its worsening. For this reason, any person who is exposed to this disease should seek immediate medical care.